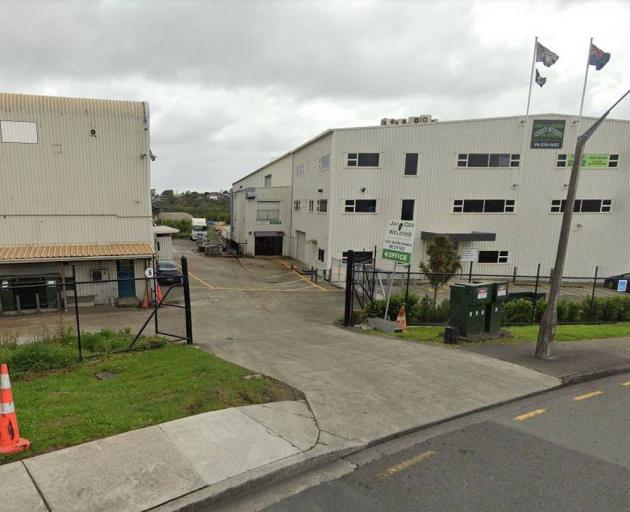 Sensation Yachts' Australian-based owner Robert McVicker said the Henderson business' project manager was contacted by health officials on Wednesday night and told a supplier who visited their premises on The Concourse in Henderson last Friday had since tested positive for Covid.

McVicker confirmed the supplier, who spoke to the project manger about installing electronics on a vessel, was from Albany-based Wright Technologies.

It was McVicker's understanding one of Wright Technologies other employees had contracted the virus after working on a ship at the Port that had come from overseas and their supplier had contracted if from him.

That other employee is believed to have picked up the disease after working on the Liberian-flagged cargo ship named the Sofrana Surville, on Tuesday, October 13 - the day after it arrived in Auckland.

It had sailed from Papua New Guinea, to the Solomon Islands, to Brisbane, to Tauranga and then to Auckland where it picked up 8 crew members from the Philippines who flew into the country a few days earlier, and spent a brief period of isolation in Auckland's Novotel hotel.

McVicker said his project manager, who was the only one to come into close contact with the supplier, was told he needed to self-isolate and get a test - which has since come back negative.

The rest of the company's staff were contacted yesterday and told they also needed to be tested. They were still awaiting results.

McVicker said yesterday morning they shut down the Henderson operation for deep cleaning and while staff awaited test results.

Another person, also thought to be a colleague of the man who worked on the Sofrana Surville, has also tested positive for Covid-19.

The Malt and Snap Fitness both closed their doors for the week for deep cleaning.

An Auckland primary school teacher is also waiting on her Covid-19 test results after finding she had a family connection to the man.

Massey Primary School principal Bruce Barnes said the relief teacher was teaching middle school students yesterday when she was told she had been exposed to the virus.

"She was not symptomatic at all, she said it was only brief contact she would have had with him," he said.

The teacher immediately left the school and sought a swab test, Barnes said.

Barnes today told the New Zealand Herald they were still waiting for the results of the test and had received no further contact from the Ministry of Health.

Since students returned to school after lockdown the school had been thoroughly cleaned every night, he said.

Barnes said cleaners wiped down door handles and sanitised every surface each night.