Jami-Lee Ross out of hospital, 'not focusing on politics' 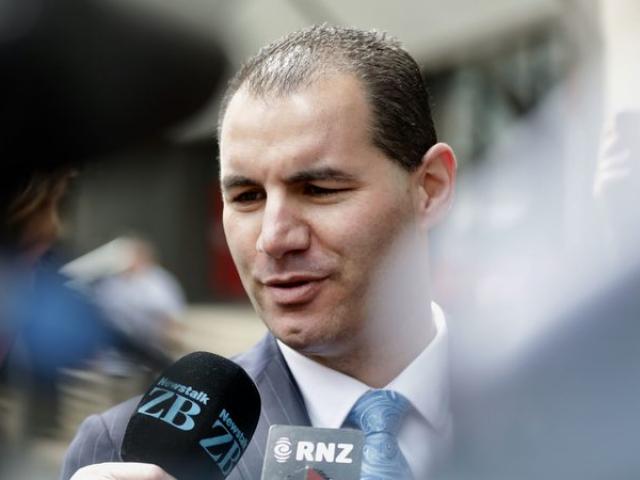 Botany MP Jami-Lee Ross has been discharged from Middlemore Hospital and is in the care of a friend, the New Zealand Herald is reporting.

Ross, who was taken into care at the mental health unit on Sunday, left the hospital on Tuesday afternoon and is no longer in Auckland, said a friend who did not want to be named.

"He's safe and sound, and he's resting. He is focusing on getting well and not focusing on politics or anything like that."

The friend said that Ross was no longer the subject of a compulsory treatment order, meaning his care would not trigger a court hearing or a notice to Speaker Trevor Mallard.

Police picked up Ross in the early hours of Sunday after what the friend described as a "very real situation" on Saturday night.

"This was definitely not attention-seeking," the friend said.

Ross said he had a mental breakdown about three weeks ago when he learned of allegations against him about inappropriate behaviour. He took leave from Parliament for "personal health" reasons, at which time he said his doctor was in contact with National Party leader Simon Bridges and deputy leader Paula Bennett.

Last week, as Ross was fronting media, he said he had recovered and was in a healthy state. He pushed back on comments from Bridges and Bennett about his mental health, saying his doctor had told them that he was now healthy.

But events escalated during the week, and after women came forward alleging improper behaviour from Ross, he apologised for any hurt he had caused and admitted to extra-marital affairs.

Asked about his mental health on Friday, Ross said he was doing "okay".

But by Sunday, he had been taken to Middlemore Hospital.

Bridges today pushed back on any suggestion he had mishandled Ross' mental health issues, saying he had "acted entirely consistent with the specialist medical advice at every step of this".

While he didn't think there was an unhealthy culture in the National Party, he announced a review to ensure the party had a culture where women felt safe.

Bridges tonight declined to comment on the news that Ross had been discharged.

He said earlier today that the National Party was "incredibly unlikely" to use the waka-jumping law to force Ross out of Parliament while he was unwell.

Given the party's strong opposition to the law when it was debated in Parliament, Bridges said he was unlikely to use the bill in general.

Mental health does not take much pressure before eventually snapping. It is a bit like physical health which can be quickly affected by viruses and accidents.