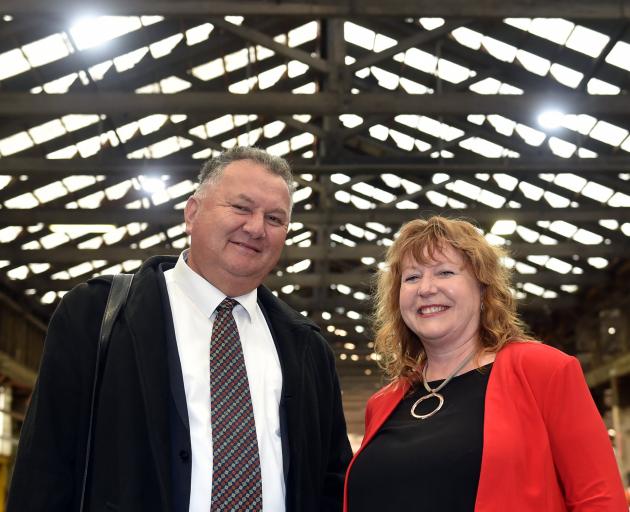 The $60million disbursed by the New Zealand First cabinet minister this week moved Otago up the Provincial Growth Fund chart to number seven, overtaking Southland in the process.

The province formerly languished 11th out of 13 regions having just over $9.5million in funding, inspiring this column to ask back in April if Otago was getting its fair share.

On Wednesday, Mr Jones as good as admitted that it had not, apologising for how long it had taken the self-proclaimed saviour of the provinces to bring some salvation to Dunedin and the wider Otago region.

The wait was excruciatingly long for some - notably the South Dunedin community, which has hoped against hope for almost a decade that the Hillside workshop might return to its former glory, and an IT sector which first proposed what is to become the Centre of Digital Excellence three years ago.

However, it could have been much longer.

Some may have wondered why the Hillside revival and the Dunedin waterfront project each received $19million or thereabouts in funding - especially when the city council was looking for something like $100million and Hillside has some very expensive machinery to buy and renovations to fund.

The PGF rules set a $20million threshold, below which a small ministerial committee has the discretion to accept grant applications; anything larger needs full Cabinet approval.

Hence, smaller grant applications like the ones announced on Wednesday have a much greater chance of success - something which does nothing to assuage opposition claims that the PGF is a personal slush fund.

It did not do any harm to Dunedin's chances that one of the three ministers on the PGF subcommittee is David Parker. 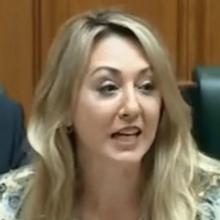 Sarah Dowie
While his Trade and Export Growth portfolio regularly takes him far from home, the former MP for Otago is still blue and gold through and through and he can deliver a sermon on the province's history at the drop of a hat, as he did at the Hillside announcement.

They have all visited Hillside at various times but not as often as local MP Clare Curran, whose smile at Wednesday's KiwiRail announcement was about as bright at the arc welders soon to be wielded at the revived workshop.

Much of Ms Curran's political career has been taken up with fighting against the downgrading of Hillside, and then calling for it to be reopened.

As her time as local MP draws to a close, this was a satisfying moment she was thoroughly entitled to enjoy.

The Hillside announcement also served to highlight what promises to be one of the ideological battlefields in next year's election.

The Labour MPs and Mr Jones, unsurprisingly, all took aim at National in their speeches for the party's part in Hillside being placed on life-support eight years ago.

Each highlighted their own view of the importance of manufacturing and rail, as distinct from a "sunset industry" perspective ascribed by the opposition.

Expect National, self-regarded as the friend of business, to fight back on this assertion.

Wednesday's announcement was hailed as the biggest investment in the local economy in decades; do not expect this to be the end of the coalition government's spending in Otago.

Dunedin will benefit from the biggest hospital rebuild project in the country's history; there also remains the distinct possibility that the reorganisation of the polytechnic sector could see benefit for the city.

While the biggest presents under the tree have already been unwrapped, it is also expected that there are still some PGF stocking-fillers to come.

That largesse is likely to extend further than Dunedin; also watching this week's announcements with interest was Clutha Southland New Zealand First backbencher Mark Patterson, who has already enticed Mr Jones and his chequebook to Gore and will no doubt be hoping he will come back to Central Otago soon.

Not at all coincidentally, yesterday Labour's economic development caucus was in town, visiting local firms and meeting business groups.

While Willow-Jean Prime, Tamati Coffey, Kiri Allan and University of Otago alumnus Deborah Russell are backbenchers, more than a few of them are tipped for more prominent roles in the future and it does no harm to show them Dunedin's wares.

While Dunedin had a terrific week economically, down the road things are not so sunny.

Labour's hopes that Liz Craig might wrest Invercargill from Sarah Dowie were slim at best, and likely became non-existent this week with talk that the Tiwai Point aluminium smelter may close.

A year ago, Prime Minister Jacinda Ardern visited the plant to celebrate it recommissioning its No4 potline after a shutdown of six years.

What was then "a key export commodity for us" may now be a luxury the taxpayer cannot afford to assist.

Ms Dowie has already leapt on this, accusing the Government of being "anti SIT, anti Tiwai and anti agriculture".

This is a message that will almost certainly resonate with Southlanders unless the Government can somehow extricate itself with something resembling a win from some pretty high-wire negotiations with smelter owner Rio Tinto.