Financiers to lend an ear to Mike Tyson 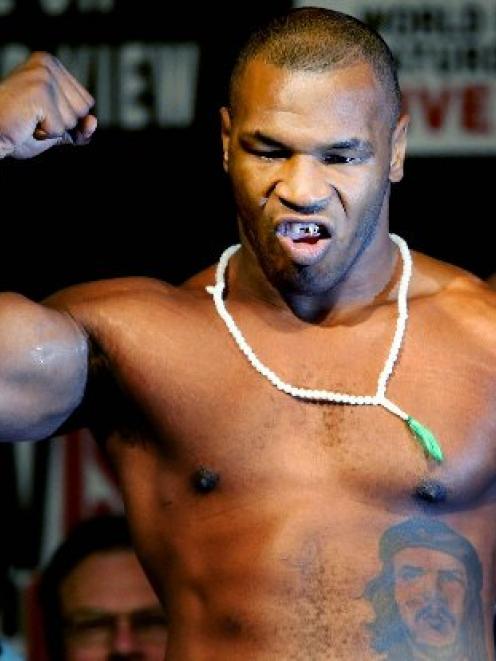 Mike Tyson, pictured here in 2002. Photo by Reuters.
Former boxing champion Mike Tyson will meet financiers in Hong Kong next month, and while he might be able to offer advice on doing time, the bankers should probably be wary of any investment tips he might have.

The boxer with the furious fists who has, in his own words, behaved like a "Neanderthal" for much of his life, will appear at an annual forum of clients of the brokerage CLSA on September 12.

The convicted rapist who spent three years in prison and was later declared bankrupt has found religion and mellowed. He recently appeared in a one-man show about his chequered life from his early days as a child thief.

"Tyson will discuss his life before and after boxing, his time in juvenile detention and prison, his faith, his sobriety, his family and his acting career, including his recent one-man show on Broadway," CLSA said in a statement.

Tyson became the youngest world heavyweight champion in 1986 at age 20 and was undisputed champion for several years, battering opponents into submission with barely controlled rage.

He was convicted of rape in 1992. He later returned to the ring but added to his notoriety when he bit off a chunk of Evander Holyfield's ear in a 1997 bout.

Tyson was declared bankruptcy in 2003 and retired from professional boxing in 2006.

CLSA, an Asia-focused brokerage, likes to makes a splash with its annual forum with a high-profile key-note speaker. Former Alaska Governor Sarah Palin and actor George Clooney have both appeared at the event.