Airport for Tarras plan fine, so long as it doesn’t happen 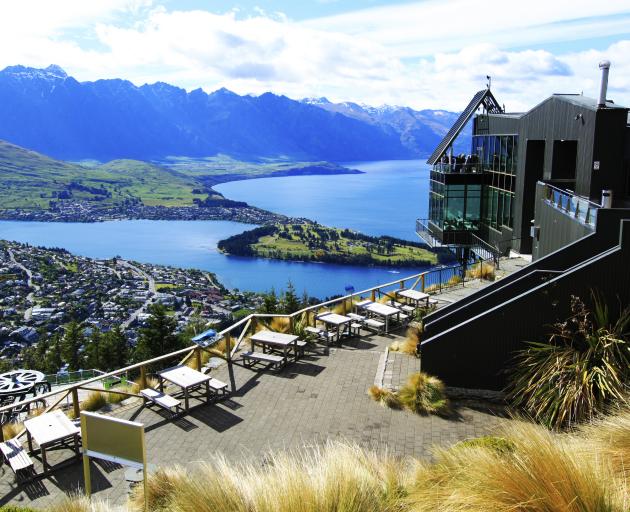 Queenstown is by a very long shot, the most visited area of this part of the world. PHOTO: GETTY IMAGES
Plans for a new airport  at Tarras just don’t stack up, writes Queenstown Lakes mayor Jim Boult. 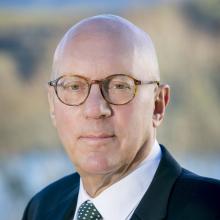 Mayor Jim Boult
Like many others, I was surprised to learn of Christchurch International Airport’s (CIAL) recently-announced proposal to develop a wide body-capable airport at Tarras. This has obviously created a large amount of discussion around the district. Here are my views on the matter.

Firstly, let us consider the suitability of Tarras for a wide-body-capable airport. Since the Clyde Dam was built and Lake Dunstan formed, Tarras has suffered from widespread fog throughout the winter period. Depending on the year, this can be reasonably consistent for a month to two months. As an ex airport CEO, there’s one thing that I can tell you and that is, fog and airports do not make happy bed mates.

While all of the Central Otago and Queenstown Lakes District’s areas are attractive places to visit, the reality is that Queenstown is by a very long shot, the most visited area of this part of the world and has the largest population.

I have some difficulty therefore in understanding the rationale of placing an airport more than an hour’s drive from Queenstown with access by either a challenging mountain pass or the winding Kawarau Gorge. I have genuine concern about international visitors arriving in wide-body jets (as CIAL envisage this development attracting) tired and picking up a rental car to head for Queenstown on a treacherous winter night.

It’s unfortunate CIAL weren’t able to get round to asking the good folk of Tarras whether they want a wide-body-capable airport on their doorstep before announcing the proposal to build one. When this proposal was mooted some time ago, I had Tarras folk asking me why we wanted to send our airport traffic, and the associated disruption, to their part of the world. I was able to tell them that it certainly wasn’t my idea, I didn’t favour it then, I don’t now, and I understand their position entirely.

Then, let’s take a look at the morality of this. We have CIAL, which is 75% owned by the ratepayers of Christchurch and 25% owned by the New Zealand taxpayer, spending their money on a highly speculative venture in our part of the country.

While I maintain the project has very little chance of becoming reality, the consideration that an organisation with that parentage should come into our region with the intention of taking an initiative which has the potential to destroy a considerable part of the value of the assets owned by our ratepayers, is frankly appalling.

An editorial in the ODT of Saturday July 25 extols all parties involved to get together and in effect, divvy up the visitors around our existing airports. My apologies to the ODT, but you simply don’t know what you’re talking about. We don’t direct tourists where to go. They make the choice. The fact that this part of the world is very attractive to visitors is enormously beneficial to New Zealand as a whole and we should celebrate that. I’ve said it before and I’ll say it again, that Invercargill Airport has a part in the future play around this matter but that is a for the future.

Again, the harsh reality facing us at present is that it will take a long time for air travel to recover to anything like what it was before Covid-19 which is very much a reality for the rest of the world. That reality, together with the advances in modern aircraft technology, leave me with the view that it will be a long time before Queenstown Airport faces any capacity issues at all. And, again the reality is that apart from the currently proposed small commuter flights, no action will take place on developing commercial flights at Wanaka Airport for a similarly long time.

In summary, a lot of people have got themselves terribly excited about this proposal.

I very much doubt that it will ever see the light of day. As an old friend of mine often says, the chances of this happening are slim and none, and right now slim is out of town.

Tarras and the Clutha valley including Cromwell have not just had fog since the Clyde dam was built - but long, long before when I was growing up there 70-80 years ago. Ask any one who skated in the area. Nor is the fog any worse since the dam was built.

Boult has no idea what he is talking about! The South Island needs a wide body capable airport and Tarras could be the perfect location for it. Yes, Tarras may suffer from fog, but technological improvements in aircraft instrumentation have significantly reduced the impact fog has on aircraft operations. Category II and Category III Instrument Landing Systems (ILS) allow commercial aircraft to fly down to less than 15 metres with viability between 50 to 200 metres. Catagorey IIIC ILS have no restrictions as far as the decision height and runway visibility. The South Island could really use a wide body airport specially built for these high-tech operations. As an ex airport CEO, Boult would lack the technical expertise to opine on the capabilities of commercial aircraft operating in adverse weather. Let's be honest: Boult's comments are biased because he doesn’t want anything else that’s going to take money out of Queenstown. An airport at Tarras will do exactly that. New tourist attractions will start to spring up between Tarras and Queenstown preventing tourist from spending money there. Queenstown is crowded and expensive. I'd rather spend my money elsewhere. Build Tarras!

Probably a good thing Boult is an ex airport CEO if he actually thinks fog is a show stopper in airport operations. The inception of the auto-landing system and the Cat II and Cat IIIC ILS system makes aircraft operations possible in the most adverse of weather conditions. Sounds to me more like somebody trying to protect their fiefdom. Totally agree, avoid Queenstown at all costs. TOO busy, TOO expensive and a waste of time!

I’m finding it a tad curious that Jim has decided to throw his two bobs worth in on this at all.

I remember Qtwn when you could walk around the bay, it was beautiful then and growing through to the 1980s it was still nice but getting busier. Now it is not a nice place by comparison, with the mayor showing the true arrogance of the place. The town is full of spoiled children who never grew up. They may have a few bob but are they happy ?? Never ! I believe the airport at Tarras will proceed in time and that ironically will be to the betterment of Queenstown in my opinion.

If Jim was around 100 plus years ago he'd probably be saying the motorcar won't catch on as nothing beats a good horse. Issues about the fog and the "treacherous" road between the proposed airport site and queenstown are all able to be worked around. Think automatic landing guidance systems and light rail or electric shuttle buses. The future will bring change. Like it or not. How we plan for it is the important bit.