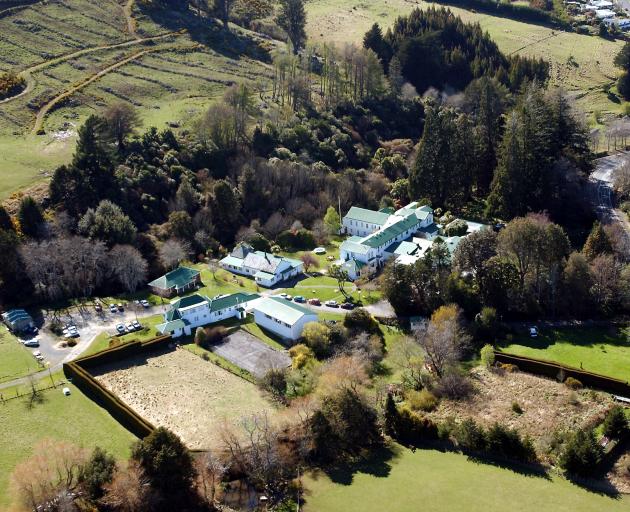 Ashburn Clinic - a therapeutic community. Photo: ODT files
It was not so long ago that the fitness of Dunedin's Ashburn Clinic was poor. Its ACC patients had dried up as the corporation clamped down on funding sexual abuse victims, Ministry of Health money was precarious, and referrals from District Health Boards were spasmodic.

Staff, often changing, at DHBs scattered around the country were unlikely to know much about a clinic run by a charitable trust tucked away on a Dunedin hillside.

Such were the difficulties that in 2010, faced with a $900,000 shortfall, the clinic had to shed 10 full-time staff equivalents and combine two inpatient wards. Income had been dropping since 2002.

A crisis meeting held was held in 2013 with the Ministry of Health as the hospital and rehabilitation centre's overdraft was pushed to its limit. Closure was a real likelihood.

Fortunately, the clinic has had support from the ministry and Ministers of Health, and in February 2014, a large annual funding increase from the Government was announced.

The clinic was founded in 1882, and it has been a fallback and supplement to the public health system, while also operating in different ways.

Behind the large trees just above Halfway Bush and as the climb to Three Mile Hill begins, the clinic is unlike most psychiatric treatment centres.

The staff pride themselves on that difference, viewing the experience as being part of a therapeutic community, one where residents became part of the management of the place.

The atmosphere is designed to be homely and, although the clinic does not take people with major psychosis, the DHBs are likely to refer challenging cases.

Whereas mental health wards mostly move patients back into the community at the first opportunity, the clinic works over long periods to try to make long-term progress.

The mean stay for the majority, DHB referrals, according to the clinic's last annual report, is 39 weeks, for ACC's referrals 58 weeks, and for the private patients eight weeks.

There are about 40 inpatients at any one time, as well as outpatients and workers in the community. Staff number between 70 and about 80.

The announcement this week by the clinic's trust of an $8million upgrade is a positive sign the worst is behind it. Half the money is to replace the main wing and half to earthquake strengthening and upgrading electrical systems, drainage, fire protection, asbestos removal, professional fees, internal renovation and fitting out in other buildings.

The clinic is a significant economic generator for Dunedin. Its income is about $7.4million, most of that coming from outside the city. It is also a piece in the matrix that is Dunedin as a health training and treatment centre; the primary pieces being the tertiary hospital, and training in the likes of medicine, dentistry, pharmacy, physiotherapy and occupational therapy.

Ashburn Clinic might be relatively small given the scale of this country's mental health issues, but it provides help unlikely to be available anywhere else. It is an important cog in national treatment. Given the present emphasis on mental health, its role would seem to be secure for some time.

For some time, Ashburn Clinic was paid by SDHB to accommodate 'free' patients from the overcrowded public hospital ward. Given that private (unsubsidised) patients were charged fees of up to $2,000 a week, and admission of temporary, acute patients not conducive to ward equilibrium, hopefully that is no longer the practice.