Code black must not be the new norm

Red is the traditional colour for danger, but it was trumped this week when Dunedin Hospital issued a "code black" alert.

With every resourced bed in the building occupied and emergency patients queued up in beds in the corridors, it was all hands on deck to try to accommodate those in need of care.

While the news surprised many, keen readers of the Otago Daily Times might have suspected something was brewing.

In September last year the Southern District Health Board considered the first iteration of an escalation plan, a draft setting out what clinicians and management would do if the region’s hospitals became slightly, dangerously or critically short of beds. That plan, with its colour-coded warning system, moved rapidly from conception to concrete reality this week as it became apparent that Dunedin Hospital had many more patients than it had beds.

Since just before Christmas the SDHB has been battling against bed block, trying various strategies to try to ease bottlenecks in the flow of patients through its hospitals.

This week’s code black is the most serious manifestation of a problem which health planners nationwide are still trying to understand and manage. Not only are more people arriving at the country’s emergency departments, but when they get there they are more seriously ill than, on average, has been the case in the past.

The more acute a patient’s need, the greater the demand on staff time and hospital resources. Hence, it takes longer for a patient to be seen at ED, longer to treat them there, and then they will often need to spend longer in hospital recovering should they be admitted.

In the meantime, the next ambulance arrives with the next serious case, and delays start to mount up.

It is not just urgent patients affected by this: the greater the demand for urgent beds, the fewer which are available for elective surgery patients, who may be awaiting much needed coronary or cancer procedures.

Southern hospitals have previously had to postpone elective surgery due to a shortage of beds and/or staff to tend the people in them, and it is not beyond the realms of possibility that could become a regular occurrence.

There are some local factors at play in Dunedin Hospital’s plight — the outdated architecture of the complex causes problems managing patient flow, particularly in the emergency department.

However, this is a national issue — Whangarei Hospital was experiencing a similar problem to Dunedin at roughly the same time.

Funding is a contributing factor, although this is a problem that will not be solved by simply throwing money at it.

While DHBs would no doubt very much welcome more money for equipment and other resources, staff is the main thing they are looking for and they are in short supply and high demand. Doctors and nurses were in short supply to begin with, hence the high number of overseas trained medical professionals working in New Zealand.

Add in the immigration complications imposed by a global pandemic and the high demand for nurses caused, in part, by the need for DHBs to hire more to comply with the safe staffing accord signed between nurses and the government to settle their employment dispute, and this is not something easily fixed with a fistful more dollars.

It is also important to note that these issues have a flow on effect beyond the hospital doors. Many of the people affected this week are elderly, and they will be discharged either to their homes — where they will need ongoing support — or aged residential care, a sector which is also struggling to fund the resources needed to do its job.

It is gratifying that southern clinicians and their managers were able to move swiftly this week to ease the immediate crisis.

While there is no simple sticking plaster fix for the multitude of issues which led to the code black alert this week, they must now work just as hard to try and minimise the chance of code orange, red or black becoming business as normal at Dunedin Hospital. 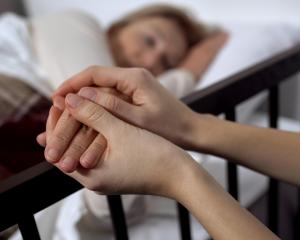 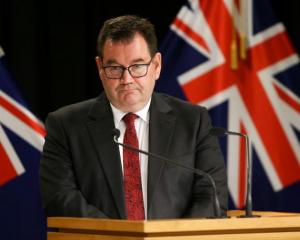 Money has been 'thrown at' the America's Cup, business, the out of work due to Covid and Sport.