Honouring the purposeful and useful 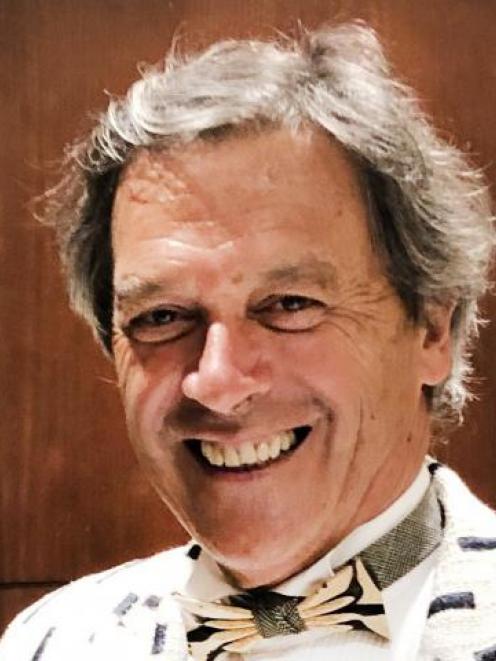 Sir Ian Taylor
If, as Ralph Waldo Emerson said, the purpose of life is not to be happy it is to be useful, the New Year’s Honour’s list this year is living proof of that.

New Zealand’s new dames and knights have decades of selfless contribution between them, having offered sterling service to the community across a diverse range of endeavour.

Dunedin can be especially proud that Sir Ian Taylor has been recognised with a knighthood for the almost single-handed creation of a new industry for the city.

Although the freshly-minted Sir Ian would no doubt suggest the credit went to his team, there is little doubt that without his imagination, vision and tenacity his landmark business Animation Research Ltd would not have survived to mark 30 years in an industry which barely existed when it started.

Many of the computer graphics sports fans take for granted when they watch television today did not exist before Sir Ian and his team invented them.

Computer graphics technology pioneered in Dunedin is now a staple of all networks, many of which use ARL.

The 2019 New Zealand Innovator of the Year award-winner has many other lower profile but significant strings to his bow, which include developing technology tools for use in education and healthcare, and working alongside Dunedin Methodist Church to create virtual learning environments for prison inmates.

Sir Ian’s firm has inspired others and a sizeable digital hub has sprung up in the city which might well not have existed but for the path blazed by ARL.

The honours list has served up the usual recognition for judges, professors and politicians, but the elevation of a much-loved musician to become Sir Dave Dobbyn is a tremendous redemptive story.

Sir Dave has struggled with addiction and mental health issues, but emerged from the end of a black tunnel to become an articulate spokesman on both issues.

Once pilloried for the much debated part his band DD Smash played in the infamous 1984 Queen St riot, Sir Dave has rebounded to be recognised as a musical treasure with anthems such as Bliss and Welcome Home spanning the generations and the occasions.

More recently, Sir Mason was a hugely influential member of the Government Inquiry into Mental Health and Addiction, his mana offering substantial gravitas to the panel.

Dame Anne’s award-winning work as an historian has opened the eyes of many to contentious issues in our past and brought fresh perspective to the Treaty of Waitangi, and such recognition of her is well-deserved.

Several other useful southerners have been recognised this year, and not just for services rendered to their fellow man and woman.

Veterinarian Lisa Argilla, the face of the Dunedin Wildlife Hospital, is a highly deserving Member of the New Zealand order of Merit (MNZM) for the life-saving work she and a team of dedicated staff and volunteers do to keep the South’s endangered animals alive should they fall ill or injured into their care. Preservation of flora has been a focus for Haast conservationist Gerry McSweeney — a new Companion of the Order of New Zealand — and for Queenstown couple Dick and Jillian Jardine, who will give almost all of their high country station to the nation through the QEII National Trust.

Southerners have been recognised for their contributions to things as diverse as poverty research, cattle breeding, trade unionism, Pacific education, deaf education and heritage rose preservation. We can well be proud to have such purposeful and useful people in our midst.