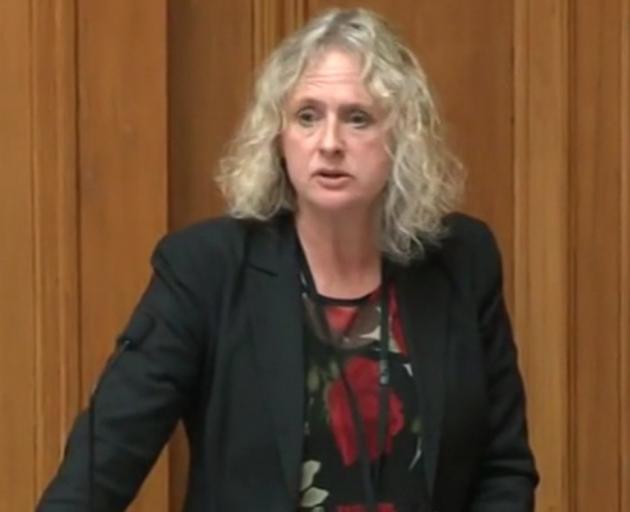 Liz Craig. PHOTOS: PARLIAMENT TV
There are some Bills which just sit around Parliament for years and years, jammed up in the process but moving no further forward.

Some Bills are relegated down the batting order because they are politically unpalatable to the governing party but a confidence and supply partner has a keen interest in the matter.

Others are keenly supported by a governing party but they know a support party will vote against them.

Then there are Bills like the late lamented Conservation (Protection of Trout as a Non-commercial Species) Amendment Bill, which had its second reading in December 1998, and then spent a whole decade at the foot of the Order Paper waiting for its time to come again.

No-one seemed to know why it was still there, and it ended up becoming a standing joke in Parliament to ask the Leader of the House when the Trout Bill might see the light of day again.

The new ``Trout Bill" is the Kermadec Ocean Sanctuary Bill which, as National’s shadow leader of the House Chris Bishop noted on Thursday, is about to mark its fifth anniversary as a parliamentary tail-ender.

Mr Bishop asked his Labour counterpart Chris Hipkins when Parliament might consider this pressing issue, to be told: ``In the fullness of time, at the appropriate moment".

So, Parliament’s wheels can grind slowly ... but a Bill with almost as convoluted a history as both those pieces of legislation finally got debated this week, with Southern MPs at the fore.

On Wednesday, a mere three years later, the Bill — once in the name of Jonathan Coleman but now being ushered through by one-time Otago University Students’ Association president Ayesha Verrall — was back in the parliamentary sun.

Perhaps as befits the antiquity of the Bill, one of its purposes is to eliminate the requirement that to access the clinical information accumulated by the screening programme a health professional had to send a fax.

As several speakers noted, it seemed bizarre that it had taken Parliament three years so far this century to replace technology almost already out of date at the end of last century ... welcome to law-making.

In all seriousness, many of the issues dealt with in what is largely an administrative Bill are to do with the modernisation of the cervical cancer screening programme, expanding its provisions so that it encompasses human papillomavirus testing — which the Government invested $53million in as part of this year’s Budget — and tightening provisions around security of private medical information.

Invercargill Labour list MP Liz Craig, a doctor herself, noted that the Bill would pave the way for an improvement on the smear test, and extend the length of time between health checks.

``Women will be able to self-test with a vaginal swab and, basically, do that privately themselves ... what that saves is a lot of healthcare professional time and equipment, and also, for the woman, a much better experience.

``Once women have had their test, if they have a negative HPV test, they can be reasonably reassured that in the next five years they would be unlikely to develop any of those pre-cancerous changes." 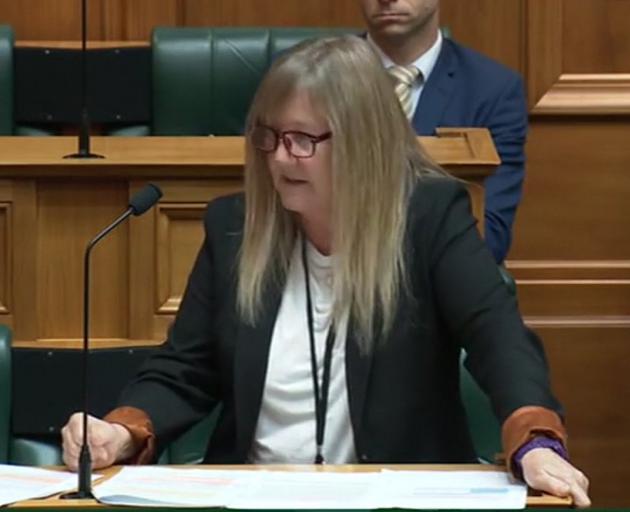 Penny Simmonds
National MP for Invercargill MP Penny Simmonds localised the debate, courtesy of statistics provided by WellSouth, which showed that despite the organisation having a target that 75% of women should be up-to-date with their smear tests, it actually achieved in the low 60s.

``We would support anything that makes it easier for women to access primary healthcare," she said.

"We know that the National Cervical Screening Programme makes a fantastic contribution to the lives of New Zealand women, and so we, again, would want to support any improvements with that."

One might wonder why it has taken Parliament this long to progress an important piece of legislation for women’s health, but the recent cervical cancer diagnosis of East Coast MP Kiritapu Allen starkly demonstrates its importance.

For the Health (National Cervical Screening Programme) Amendment Bill, the fullness of time is now and the appropriate time will be very soon, as its committee stage sits at number 5 on the Order Paper.

A tale of two questions

Question time has two types of questions: queries from the Opposition, which are usually feisty affairs, and what are known as "Patsys" — softball questions from government backbenchers designed to allow Cabinet ministers to boast about their latest achievements.

Dunedin Labour MPs Rachel Brooking and Ingrid Leary both had Patsys to ask on Wednesday: Ms Brooking’s question about home heating initiatives passed uneventfully, but Ms Leary’s seemingly benign inquiry: "How does Budget 2021 invest in rail?" whipped up a frenzy.

Dunedin National list MP Michael Woodhouse, who well knows he would be getting precious few votes from Hillside Rd residents anyway, asked if "an investment of $75million for the privilege of assembling wagons at a cost of $23,000 per wagon more than the current procurement process represents good value for the taxpayer?"

Unsurprisingly, with a hearty chorus of its own, Labour thought it was.

"It's sort of like members here are getting more excited than my grandkids do playing with trains."

Down, down, from Silverpeaks County and the Strath, they come, bound for Wellington, a government more than a City. These, are the constituents of Taieri, determined to give a punch up to braying interrupters of their representative.

"If you have ten thousand regulations you destroy all respect for the law." Winston C

We passed this point many centuries ago, and are trying to regulate morality from our list of 10,000,000 commandments. Not gunna work.

I don't cavil at your comment. The morality you speak of is Judeo Christian ethic, which may not be extant.

Moral compass,. however, is still relevant. Without ordered Civil Society, it's divil take the hindmost.