Politics in naming of new archbishop 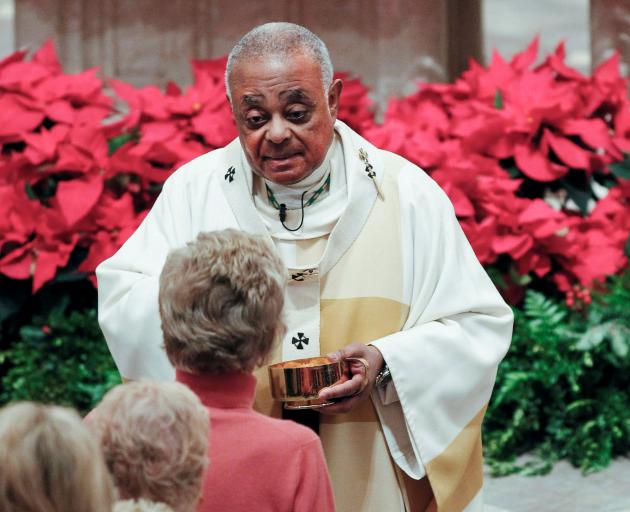 The Most Rev Wilton D. Gregory is the first African American archbishop of Washington.
The United States is a country for old men (and old archbishops), writes Michael McGough.

You don't have to be Catholic to take an interest in the announcement last week that Pope Francis has chosen the Most Rev Wilton D. Gregory, the longtime archbishop of Atlanta, as the new head of the archdiocese of Washington, DC.

Gregory's appointment is interesting from several vantage points: He will be the first African American archbishop of the nation's capital and he also was a leader in the American church's early response to sexual abuse by clergy - an issue that tripped up his immediate predecessor, Cardinal Donald Wuerl. (Wuerl was preceded as archbishop by Theodore McCarrick, the former cardinal who was defrocked this year after being found guilty by a church tribunal of sexual misconduct with children and adults.)

Gregory's appointment is notable for another reason: He was born on December 7, 1947, meaning that he is 71. It might seem odd that the Pope would appoint a septuagenarian to this important post in the American church, especially in light of the fact that bishops must submit their resignations at age 75.

But at least one commentator thinks that the choice of an older archbishop is part of a pattern. Writing in the Catholic publication La Croix International, Robert Mickens notes that Francis has often tapped older prelates for important assignments because of their "wealth of experience" and because they "share his vision for church reform and his interpretation of the Second Vatican Council".

It's also true that, in the church as in politics, leaders are living longer. If Joe Biden (76) and Bernie Sanders (77) can contemplate running for president, why can't a 71-year-old cleric assume spiritual authority in Washington?

That said, the Roman Catholic Church isn't entirely consistent about when bishops and cardinals are considered too old to serve.

Members of the College of Cardinals who turn 80 before a vacancy occurs in the papacy may not participate in the conclave to elect the next pope. But 80 is not too old to actually be pope. Francis is 82, and unlikely to retire while his predecessor, Pope Emeritus Benedict XVI, is still alive. (Benedict will turn 92 on April 16.) Rome may be big enough for two popes, but three would be pushing it.

That is what Francis has done, to the consternation of church conservatives. Wuerl, considered an ally of the Pope, remained in office almost three years past his 75th birthday in 2015.

He pressed the Pope to accept his resignation last year because he said he wanted the archdiocese to be led by someone without the "baggage" of controversy. By contrast, the now disgraced McCarrick stepped down as archbishop of Washington shortly before his 76th birthday.

So how long will Gregory last in Washington? Mickens suggests that if Francis is still Pope when Gregory turns 75, Gregory will probably stay on past retirement age.

Michael McGough is a senior editorial writer with the Los Angeles Times.