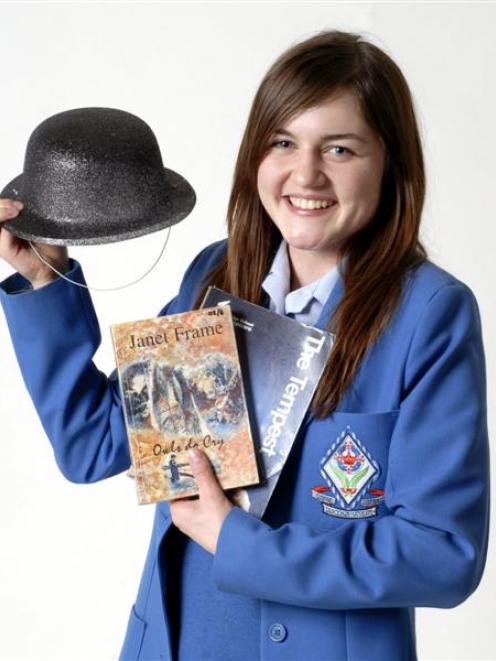 Emily Berryman
Lights, camera, action... Emily Berryman (17) hopes to light up the world with a career in film and theatre, and give audiences a welcome escape from their daily trials and tribulations.

‘‘I like how film and theatre take you away from the daily grind. It's exciting, creative and more colourful than everyday life.

It gets you to see things from a different point of view - it opens your eyes to new things.''
The Queens High School house leader has spent much of this year working on an art house film, so far untitled.

‘‘It doesn't have a clear-cut storyline. It's about the values of society, and it questions whether those values put restraints on our lives.''

And Emily is just as passionate about stage performance.

Being a true entertainer, Emily has also dabbled in radio.

She is an intern at The Edge radio station this year, and was one of three finalists in the schools category of the 2008 Hills AM Radio Awards for a 30-min show about The Flight of the Concords.

Emily admits balancing her passions with academia is a challenge.

But she is proud of the drive and motivation she has managed to muster to keep her going when ‘‘the odds start stacking up'' against her.

She hopes her dedication and work ethic will eventually be captured on screen, either as an actress or director.

‘‘I'd like to see myself in the limelight - even if it means starting off doing television commercials.''

Role models: ‘‘I look up to people who are loyal, have a sense of humour, motivated, driven and follow their goals through.''

Hopes for the future: To study English, film and theatre at the University of Otago or Victoria University.