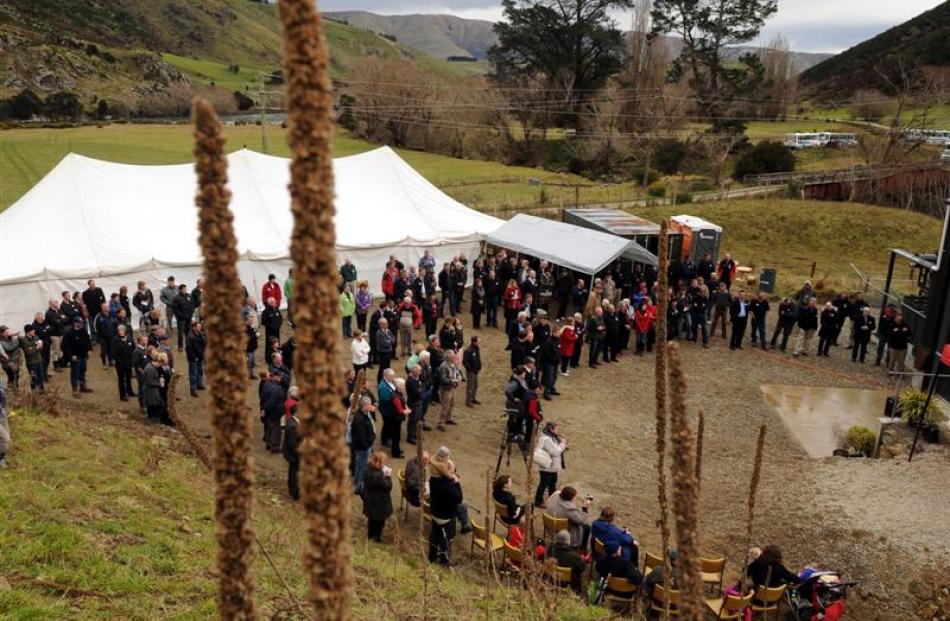 About 300 people were invited to the opening of the Talla Burn power station, marking the completion of the hydro-generation project. Photos by Stephen Jaquiery. 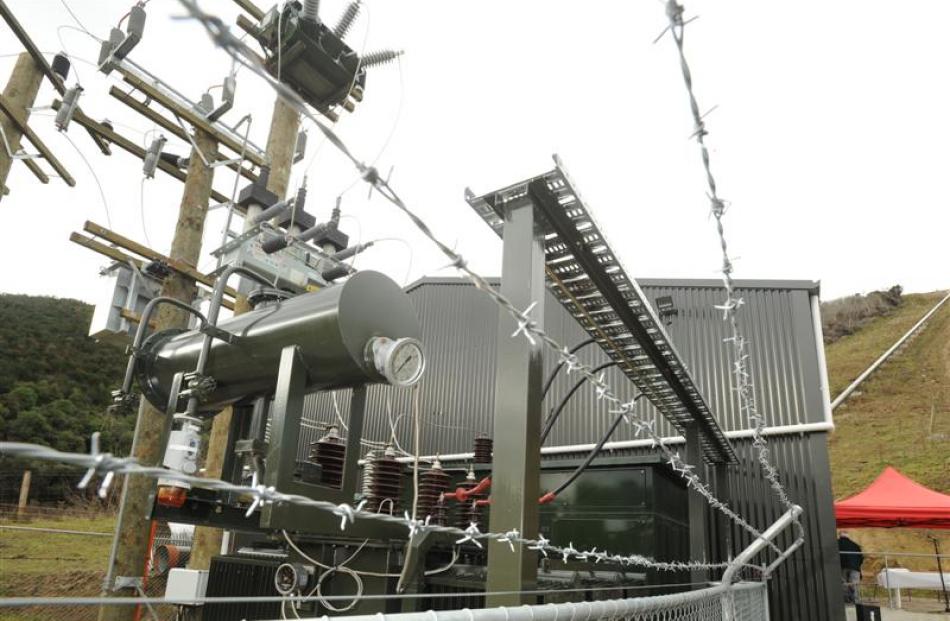 The Talla Burn power station was officially opened yesterday and has been named after the project engineer, Paul Wilson, who was drowned this year while taking water samples near the station. 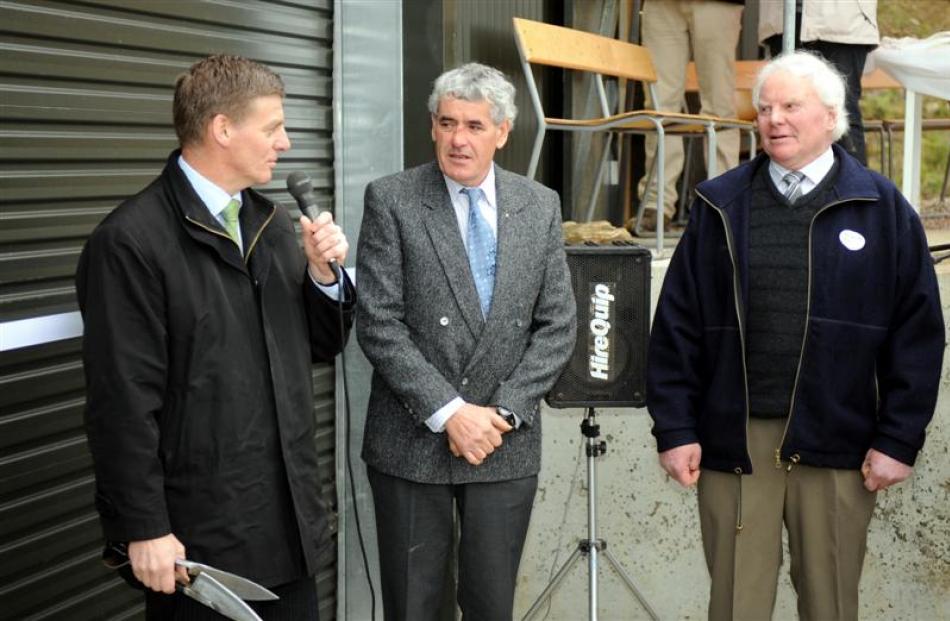 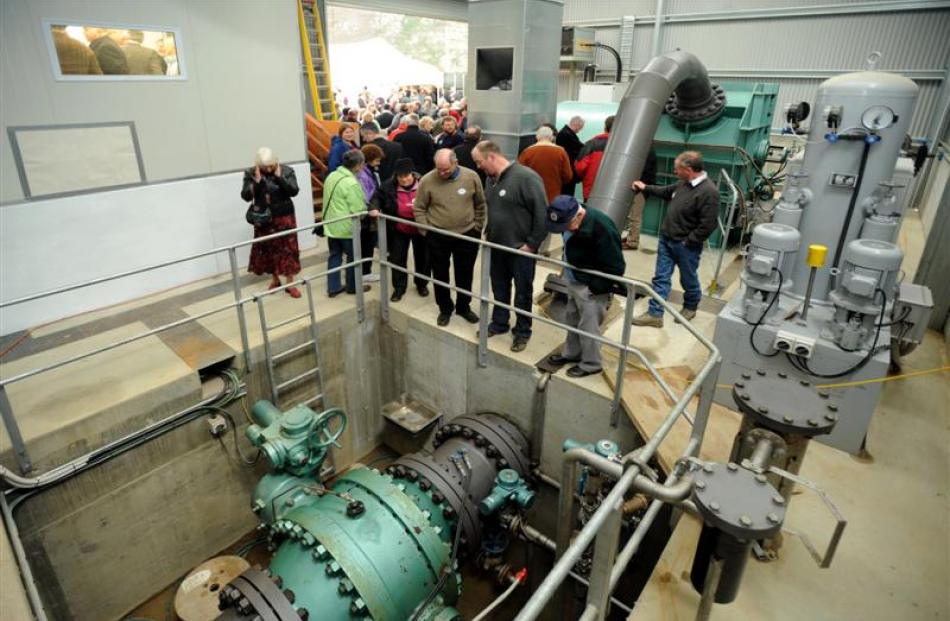 After the official opening, visitors took the chance to have a look through the power station. 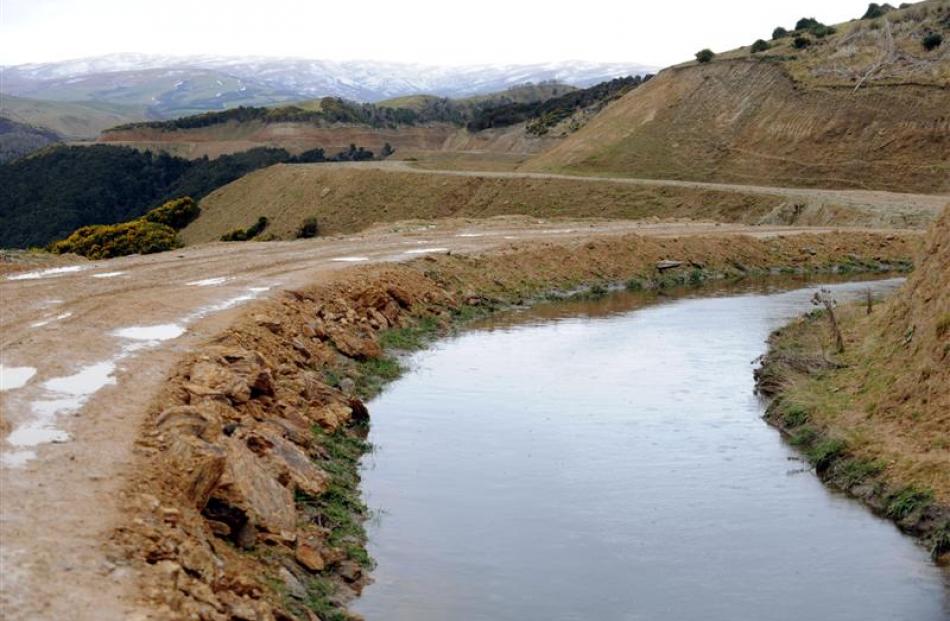 The layout of the scheme closely follows that of a mining diversion and water race that was used to sluice the hillside. The old scheme was built about 1889 and still used in the 1920s and 1930s.

Smaller-scale hydro-generation schemes were "the face of the future", Deputy Prime Minister Bill English said yesterday, applauding the initiative of the two families who developed the Talla Burn scheme.

Mr English opened the scheme's power station near Beaumont. The power scheme, based on the Talla Burn, is owned by the Hore and Wilson families and has been generating power since November.

It generates enough power for more than 1000 households between Raes Junction and Clyde.

"The days of the big hydro scheme might be numbered - but don't tell that to Contact, who have plans for Beaumont up the road," Mr English said.

It was getting more difficult to build large dams and New Zealand had plenty of opportunities for smaller-scale operations, such as Talla Burn.

The two families behind Talla Burn had taken a considerable financial risk and it was fantastic to see a project like this come to fruition when such schemes were usually associated with big companies, he said.

"This scheme is a tribute to the practical wisdom and skills of the people of this part of the country."

Talla Burn director Jeff Wilson said the official opening of the station was a "bittersweet" day.

His 28-year-old son Paul, a civil engineer who was instrumental in setting up the project, drowned in February while taking water samples from the swollen Talla Burn near the power station.

The power house was officially named the Paul Wilson Station yesterday and Jeff and his wife, Sue, unveiled a memorial plaque on the outside of the building.

Mr Wilson broke down as he started his speech at the dedication ceremony and his son James read out his words.

Later, Jeff Wilson said Paul spent "days and most of his nights working on this job".

Paul had plans for three other hydro-electric projects and his father hoped they would also come to fruition one day.

It had been a lifelong obsession for him.

He and Talla Burn director Alan Hore declined to comment on the total cost of the power scheme.

"Let's just say you could build a hell of a lot of good dairy farms for what this cost," Mr Wilson said.

The station is on the Hores' property, Beaumont Station, and Mr Hore said the project was mooted about four years ago.

"We did the arithmetic and then decided to proceed."

The scheme would produce "clean renewable energy forever," he said.

"This is a fantastic project and it's great to see something positive taking place," Mr Jeffery said.

Power from the scheme is sold to Pulse Energy, and Pulse Utilities Ltd managing director Dene Biddlecombe said the project was an "outrageously gutsy" venture by the two families.