By Simon Henderson
0 Comments
The guest book begins with "Best of luck and welcome to Central", written by then Otago Central MP John George and his wife on the occasion of opening the Dominion Physical Laboratory Auroral Station at Lauder on April 7, 1961. Almost 60 years on, staff at what is now known as Niwa’s Lauder Atmospheric Research Station are celebrating being at the cutting edge of science since the dawn of the satellite age. Simon Henderson reports.

It was the Cold War and global superpowers the USSR and the United States were in a rush to the stars.

The International Geophysical Year, a period from July 1957 to December 1958, encouraged an increase of scientific interchange between East and West which had long been constrained by the Cold War.

And a remote stretch of Central Otago in the middle of farmland began to emerge as a key scientific site.

As Niwa’s Lauder Atmospheric Research Station celebrates 60 years of science next month, one of the longest-serving staff members, atmospheric scientist Ben Liley, explains how it all began. 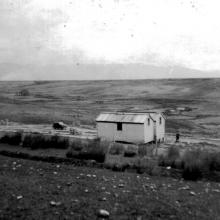 The station’s first buildings at Lauder in 1960.PHOTO: NIWA/MARTIN UNWIN
He began working at the facility in 1993.

"It has been fantastic, it has been a wonderful place to work."

The site was set up to study the Aurora Australis — the Southern Lights.

The very first iteration was an instrumented truck that was driven around the South Island looking for the best place for auroral studies before settling on Lauder.

"That was the original impetus for setting up the site here."

As the satellite era began to develop in the ’60s and early ’70s the site became a receiving station.

"At that time you couldn’t hold much data on board a satellite so you needed a lot of stations around the world for downloads."

In the ’70s, as passenger airliner the Concorde began operation, there was an expectation that an age of supersonic travel could spread around the world. 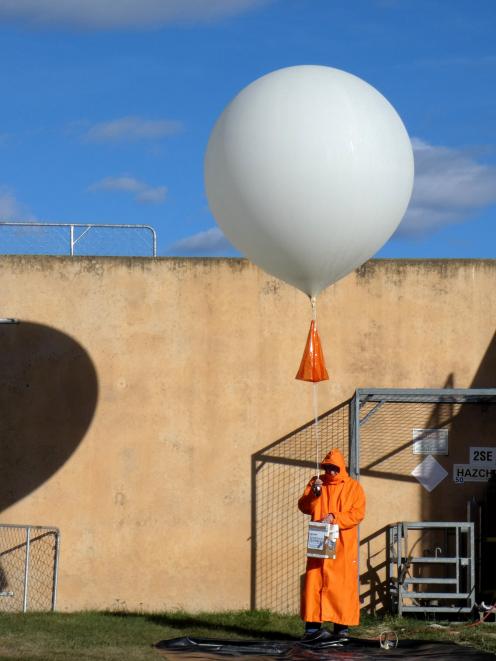 "The Americans and the Russians also had plans for similar aircraft," Mr Liley said.

Aircraft flying in the stratosphere up to about 15km high were expected to emit oxides of nitrogen from their jet engines, affecting the ozone layer.

In the early ’80s, information about an ozone hole in the Antarctic emerged and there was a "sudden flurry of activity" in the scientific community to try to understand what was causing it.

It turned out nitrogen dioxide measurements taken in Lauder were very important to resolving arguments about what caused the ozone hole and make it very clear that it was the chlorine from chlorofluorocarbons (CFCs) used as aerosol propellants and refrigerants.

"Those sort of things were the culprits."

That early data put the Lauder site on the map as an important measuring station for the chemistry of the stratosphere. 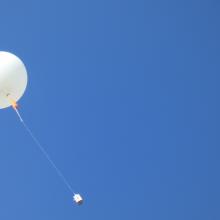 A weather balloon at Niwa’s atmospheric research station in Lauder measures atmospheric greenhouse gases. PHOTO: SIMON HENDERSON
Lauder might be almost unknown to many New Zealanders, but it was highly regarded in the international scientific community, Mr Liley said.

Atmospheric Scientist Richard Querel said the Lauder station had been in operation for 60 years but the work of the current crop of scientists continued to be important.

There were about nine atmospheric scientists and technicians at the site.

"The measurements we make at Lauder are important because they provide a consistent, high quality baseline."

Data had been consistently recorded for decades.

"Satellites are great because they can make a measurement everywhere, but a satellite is only up there for a few years, possibly 10 if you are lucky, but then it will stop working, and there might be a gap before you can put up another one." 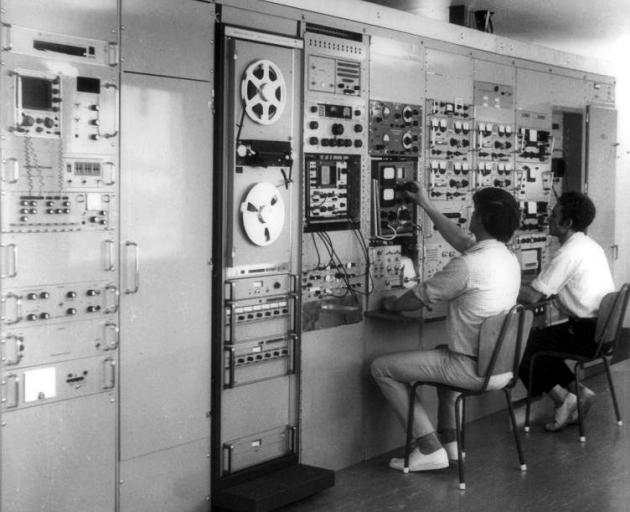 In order to compare data from different satellites there needed to be something on the ground that would be a reference site, with "clean background level conditions".

Lauder’s location was a site with very little pollution, and "cleaned air" with very few aerosols.

It was almost "one of a kind" and probably the best instrumented site in all of the southern hemisphere, Dr Querel said.

"Having something like the long-term stability of our funded science is really unique."

As well as maintaining instrumentation at Lauder, the team remotely controlled instruments situated in the Antarctic, Australia, Hawaii, and Boulder in the US.

As well as sharing data with the international scientific community, the site hosted instruments for other scientific organisations in Germany, Japan and the US.

"It is very much in a collaborative spirit; we provide a service by hosting and making sure that everything runs, and then we are part of the science that comes out of it."