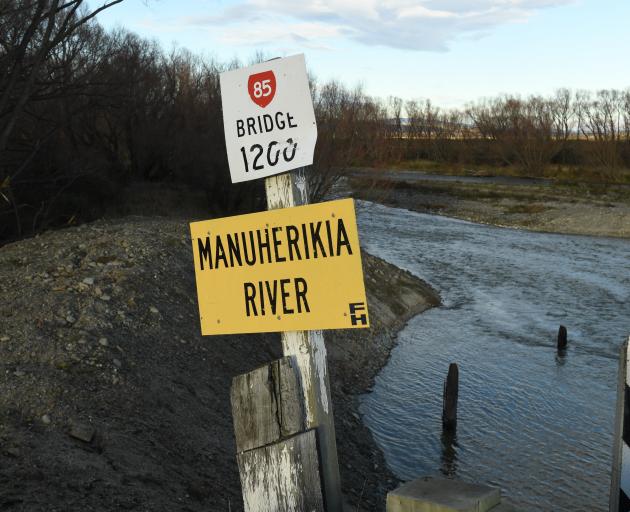 PHOTO: STEPHEN JAQUIERY
Failing to note a minimum flow for the Manuherikia River has been labelled a “delaying tactic” by Otago Fish & Game.

Its chief executive, Ian Hadland, said regional councillors’ decision not to make a decision was “disappointing” and had resulted in more uncertainty for the community.

“There is a solid body of information to make a decision, but they remain adrift.”

Fish & Game, like other stakeholders, had written to the Minister for the Environment to express its mounting concerns about councillors intentions, he said.

Councillors were asked to note the figures to be included in the proposed land and water regional plan, which will be notified in 2023.

Instead, the majority of councillors felt there were still gaps in the science and voted to approve a new motion put by chairman Andrew Noone.

It did not include noting any minimum flow levels and requested a technical advisory group — set up in 2019 to deliver information on hydrology, ecology, water quality, farm systems, climate change and future land use in the Manuherikia — to provide regular reports to the strategy and planning committee on finalising required science for the catchment.

A letter to the minister, written by Otago Fish and Game’s former chief executive Niall Watson, on behalf of Mr Hadland, said it was Fish & Game’s view that questioning much of the technical work done was “simply a delaying tactic”.

“Fish & Game considers [the regional council] is in danger of making a bad decision to delay progress on minimum flows for the Manuherikia based on false assumptions about stakeholder support, the need for more science and without resolving conflict of interest issues among councillors,” the letter said.

Four regional councillors have also written to the minister.

Mr Hadland yesterday said there would never be “perfect” information available, but there was enough to make a decision now.

“We know the Manuherikia River is in trouble. We know it needs more flow.

“Kai Tahu ki Otago have shown a way forward and councillors should have followed their lead.”