By Adam Burns
0 Comments
Pioneer Energy's new multimillion-dollar hydro-power scheme near Alexandra has been touted as a red-letter day and an immense achievement for the Central Otago region.

The energy company unveiled the long-awaited scheme, consisting of an intake weir, pipeline, penstock, transformer and powerhouse to onlookers and residents yesterday.

The system, sourced from the Fraser River, can generate enough electricity to power 4000 households.

The scheme's powerhouse is 3km upstream of the Fraser Dam, near where the inflow from Rough Creek joins the Fraser. The water intake is a further 3.5km upriver from the powerhouse. 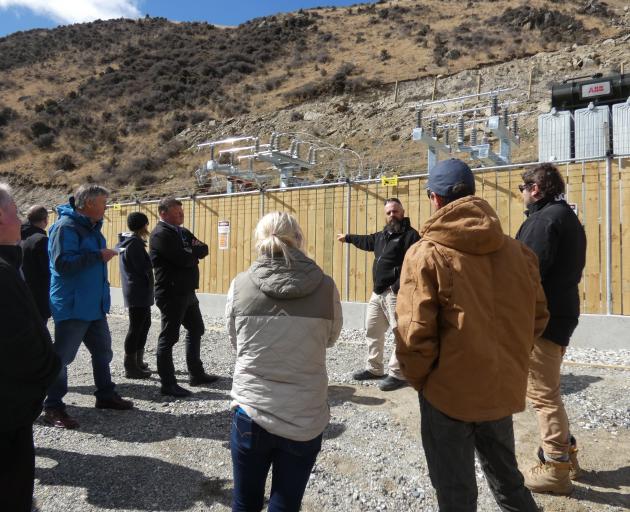 Pioneer Energy chief executive Fraser Jonker said the 1.1km intake elevation was one of the highest in New Zealand.

"The difference between the intake and the station (head) is close to 500m, which is the second highest in New Zealand.

"So maybe a little place in the history books there."

He said the accessibility of the Fraser Dam spot was opportune for the company.

"It's right on our doorstep. You don't often get those opportunities."

"The regional benefits are significant, having local generation."

Construction on the project began in February 2018 and involved contributions from several other local contractors.

Mr Jonker confirmed the project was delivered on budget.

Pioneer Energy, which is owned by the Central Lakes Trust, envisions long-term profits for the district from the investment made through the scheme, Mr Jonker said.

He would not disclose a final figure for the project for commercial reasons but confirmed the project was worth more than $20 million.

The generator is driven by an 8MV five-jet Pelton wheel turbine which had been developed by global hydropower plant supplier Andritz Hydro.

About 10.5km of 33kV cable running from the site towards Alexandra will be underground.

Central Otago Mayor Tim Cadogan said, during his address, the project was immense for the region, both economically and environmentally.

"We're becoming more aware of what our carbon footprint is doing to us."