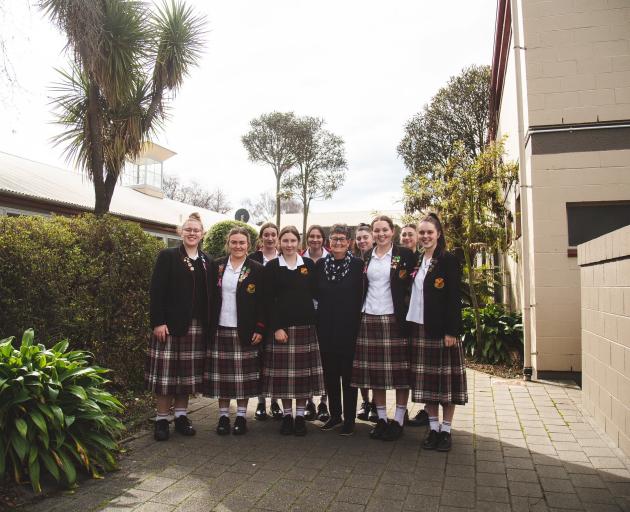 Scheduled for this weekend, the centenary will now be held in 2022, from May 27-28, and just like this year’s Games were officially known as the 2020 Olympics, everything for next year’s centenary will be dated 2021.

"We've got things printed with the date on, so they just kind of have to have it — we can’t do much about it," Mrs Johnston said.

"We had about six originally travelling from Australia, who had pulled out reasonably early, which was a shame, and we had quite a lot from the North Island coming, too," she said.

Mrs Johnston said the organising committee "didn’t have a choice" in postponing it.

"I just had to make that call the other day — and, you know, because lots of people had accommodation booked and all that sort of thing, too."

Mrs Johnston, who boarded at Waitaki House from 1967 to 1970 and later worked there as a matron, had been helping to organise the event since about December last year.

"It was looking good, and then all of a sudden the carpet was pulled out from underneath us, but never mind."

Next year’s programme will be the same as what was planned for next weekend — registration on the Friday night, followed by drinks and nibbles, decade photos the following morning, a lunch at the hostel, and a dinner at the Loan & Merc on Saturday night.

"We’ve just rebooked everything again, and will just carry on."

Lifetime friendships were formed at Waitaki House, and Mrs Johnston, who helped organise the last boarding house reunion in 1991 and the school’s 120th celebrations in 2007, was looking forward to seeing everyone next year.

"I only had brothers, so they were like sisters to me," she said.

"When you meet up with them again, it’s like it was yesterday."