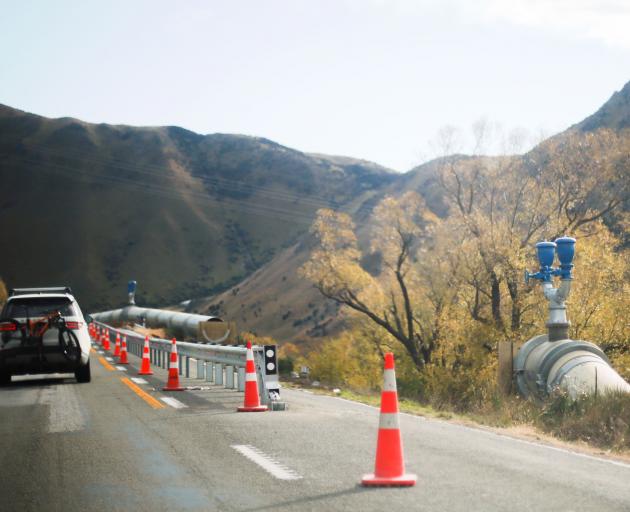 The company was issued an abatement notice by the Waitaki District Council in 2019, because a section of its new pipeline, part of a $45million upgrade and expansion of the irrigation scheme, blocked the view of the Waitaki River west of Kurow, which breached consent.

Due to Covid-19 shutting down operations and delays in getting essential equipment from Turkey, the deadline for the work to rectify the non-compliant section of pipe was pushed out until September this year.

Contractors started setting up on April 14, the pipeline was drained on April 18 and the first section of non-compliant pipe was taken out two days later.

"We’re happy to be getting on with it and we hope it all goes according to plan," Mr Webster said.

The Waitaki Valley was still "very dry" when work began, but April 18 was the latest the company could extend the project’s start to.

It wanted to minimise disruption to irrigation scheme users as much as possible, but had to work around the Monadelphous programme, he said.

"[Monadelphous] are continuing with the job, because in our eyes they didn’t do it correctly the first time.

"They’ve employed Paul Smith Earthmoving to install the pipes and do all the work involved."

The new pipeline would be "buried underneath the edge of the road" in most places.

"Anything that’s above the ridge of the road will be lowered."

Mr Webster would not disclose the cost of the project.

Sections of State Highway 83 west of Kurow have been reduced to one lane, and temporary traffic signals and speed restrictions are in place, while work is carried out.

The company was aiming for water to be flowing again in mid-September.

When the project was completed, SH83 would be reopened to two lanes, but it would be a gravel surface with speed restrictions until about November when resealing work could be carried out.

"It is a bit of a pain, from the locals’ point of view, having a one-way road there," Mr Webster said.

He apologised for issues with temporary traffic lights not syncing at Anzac weekend and thanked motorists for their patience.

"The improvement in efficiency has been huge — which was one of the reasons why we were doing it."

The firm would start repaying its $3million loan from the Waitaki District Council this month.