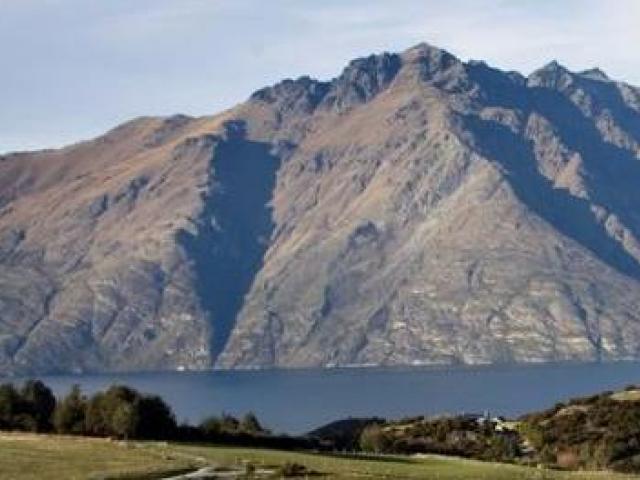 The couple lived in a home in Closeburn Station in Queenstown.
One of the country's most expensive divorce cases - between a former Queenstown couple - has ended in a settlement.

The multimillion-dollar case between Sophie​ and Tim Biggs began in the High Court at Auckland last week, with the husband accused of "dragging the chain" over a $700,000 payment.

Their trial was set down for three weeks from June 22, with Sophie Annabelle Biggs battling to get her share of an estimated $59 million from her husband.

But the pair have now settled independently of the court, ending the long-running proceedings.

The couple began living together in 2010 and had a child before separating in 2016.

They lived in a $8.6m home in Closeburn station in Queenstown but both now reside in Australia, and each appeared at court via audio visual link from their respective locations.

The Court of Appeal this month ruled Stephen Biggs must pay his wife $700,000 "without delay", after the mother of three young children who has no independent income sought funds to fight her corner.

Her lawyer, Lady Deborah Chambers QC, previously said Stephen Biggs' advisers were being paid but Sophie Biggs was being asked to soldier on and they should be put on an equal footing.

But as the hearing got under way in the High Court last week, Chambers told Justice Gerald Nation that despite sending letters,​ there had still been no payment received from Stephen Biggs.

"He is verging on contempt of court ... there appears to be a dragging of the chain, by Mr Biggs."

But counsel for Stephen Biggs, Jan McCartney QC, said the funds were being made available, though she was not sure of the exact timing.

Sophie Biggs was seeking half of the couple's relationship property and was also attempting to get a share of the wealth which she said her husband has available to him through trusts and companies she claimed he controlled.

Among the disputed assets was the couple's Wakatipu lakeside home, chattels at another home in Queensland, a $30,000 Audi Quattro and a million-dollar superannuation fund.

Stephen Biggs, however, argued he was wealthy when the relationship began and whatever interest he has in the companies and trusts, it is not relationship property.

His position was that because his ex-wife is seeking a share of the substantial wealth he had before their relationship began (including properties he owns in Australia and Argentina), the case was not one where there should not be equal sharing of relationship property.

Sophie Biggs' accountant has estimated companies and trusts associated with Stephen Biggs are worth $59m. Stephen Biggs, however, argued that this is at least a $25m over-valuation.

Sophie Biggs asserted that the couple's former family home, $16m allegedly owed to her husband by a trust and a company, Stephen Biggs' shares in another firm and his $1.4m superannuation fund were relationship property.

Stephen Biggs denied that Sophie Biggs had any entitlement against trust property or against him in respect of property owned by the trusts.

In her opening submission, Chambers said it would be a "complicated" case, with key issues around the division of relationship property and how trusts were used.

The business interests had been "tremendously successful" during their marriage, and grew by tens of millions of dollars.

"She should be entitled to fair share of that increase," Chambers said.

She alleged Stephen Biggs had used his trusts as a "means of sheltering wealth accumulated during the relationship".

Justice Nation responded that New Zealand law meant there was a distinction between trusts, and personally owned property.

Legislation was designed to ensure the "fruits of a marriage" were shared, and the "equality of women was maintained and enhanced", and Chambers said those principles needed to be taken into account.