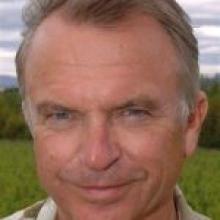 Sam Neill
Central Otago resident and actor Sam Neill says he rejected a knighthood because the idea of a title was "just far too grand, by far".

His views were echoed by other well-known figures, such as Maori activist and author Dr Ranginui Walker, who said there was "a certain snobbishness" attached to knighthoods.

Neill, who starred in films such as Sleeping Dogs, The Piano and Jurassic Park, said while he had nothing against the titles, and the alternative system was "somewhat confusing", he would not like to be known as "Sir".

"All modesty aside, I find the idea of a title for myself just too grand at this time of my life," he said.

Children's author Joy Cowley, who declined to become a Dame, said she did not want people start treating her differently because of a title.

"I've also got an honorary doctorate and I get embarrassed whenever that comes up on an envelope," she said.

"I don't like anything that separates me from other people. I value my ordinariness." 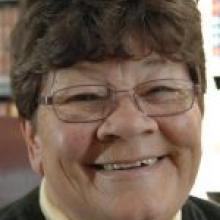 Joy Cowley
"I think the change that the Prime Minister made is a retrograde step and I see in it a regression to the hem of the royal petticoat."

Dr Walker said he was also disappointed that the DCNZM was not given the recognition it deserved.

"I didn't have any qualms about accepting [the DCNZM] because it's a New Zealand award and not tied to mother Britain or our imperial past."

Dr Walker had been scathing of knighthoods because of the wealthy businessmen who got them, such as Sir Michael Fay and Sir Roger Douglas.

"I felt that the knighthood system had been rather denigrated, or degraded," he said in March, when the changes were announced.

But Dame Margaret Shields, a former Labour Cabinet minister, said reintroducing the titles was an appropriate way to recognise achievements, in a way the DCNZM could not.

"One of my jobs was to take honour back to women, so I thought it was important for me to accept this honour.

"There is a feeling that it belongs to the community, not just to the individual."