Concern over loss of heritage building 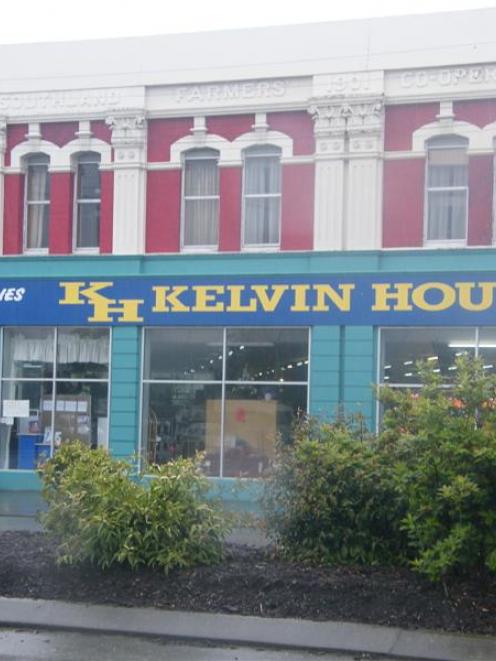 Gore man Eoin Crosbie believes the demolition of the Kelvin House building on Main St will rob the town of part of its heritage.

A resource consent prepared by urban and environmental planners Barker & Associates was filed with Gore District Council earlier this week.

If the proposal gets the green light, Kelvin House will be demolished in order to make way for the restaurant which will have a floor area of 442m2 and include a McCafe, indoor playground, party area, drive-through and stacked car-parking.

Mr Crosbie said Kelvin House was a nice building and it seemed wrong to demolish it.

‘‘I think it's part of the character of Gore. We want to try to preserve it,'' Mr Crosbie said.

He could understand McDonald's wanting the site, but it seemed ‘‘wrong'' to sacrifice the building to build the fast food restaurant, he said.

"We should be a bit more careful about elements of our heritage,'' he said.

Long-time Gore resident Wattie Gee said the through the years the building had housed a number of businesses including Southland Farmers Co-operative, Reid and Gray, the New Zealand Express Company. The upstairs of the building was home to the Gore RSA for some years.

Hokonui Heritage Centre research officer Bruce Cavanagh said Kelvin House was built in the early 1900s and the Southland Farmers Cooperative had been in the building since it came to Gore. The Kelvin House building was not included on the Gore District Heritage register, he said.

Mr Cavanagh said the older buildings on Gore's Main St gave a sense of permanence to the town.

He had nothing against McDonald's building a restaurant in the town.

‘‘It's a pity the developers can't use the facade [of the building] that is there and give it [the restaurant] a feeling of permanence,'' he said.

Ms Porter said she agreed Kelvin House was a ‘‘nice'' building but McDonald's would not have bought the site had there been a reason the building could not be demolished.

It was in a commercially zoned area and the restaurant fitted that criteria. It would not be feasible for McDonald's to retro-fit the building, she said.