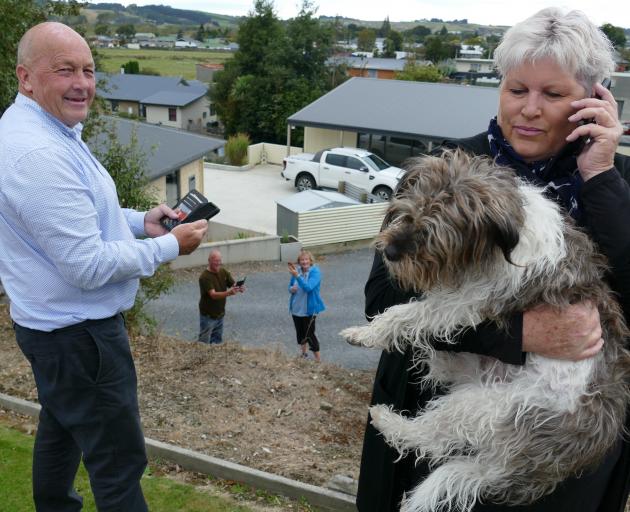 As restrictions on public activity become ever more stringent in an effort to contain the spread of Covid-19, Mr Cadogan told the Otago Daily Times yesterday he wanted South Otago to "get out ahead of it" by joining his new "Clutha Cooee" campaign.

"South Otago people are well-known for their community spirit and mucking in together during times of crisis, and now that’s needed more than ever.

"Clutha Cooee is about making safe contact with your neighbours while that’s still possible, exchanging phone numbers, and setting up some basic steps for action as required."

Given critical medical safety advice on social distancing, he emphasised it was not about "calling in for a cup of coffee".

"Today I’ll be contacting neighbours over the fence with a ‘cooee’, checking in with them that they’re OK and, particularly if they’re vulnerable or self-isolating, whether they need anything like groceries, essential medicines or other supplies.

"I’d like to see everybody throughout Clutha doing this twice a week, over the fence or by phone."

Mr Cadogan said the scheme would help build ‘‘community resilience’’, and be a boost to morale and mental health for many of the district’s most vulnerable residents.

"We have a lot of elderly people living in Clutha, and a large rural population too. This could be vital in areas where social isolation is already a factor, simply by being a good neighbour and asking, ‘Are you OK?’."

Mr Cadogan said the campaign was just one element of the council’s preparations for readiness as the crisis deepened.

"We’ve had a lot of contacts regarding rates relief. We’ve already signalled a comparatively low increase of 3.61% in this year’s draft annual plan, but targeted relief is certainly something we’ll consider as things unfold."

Mr Cadogan said the Cooee name was from the New South Wales "Cooee March" of 1915, when soldier recruits were roused by the cry of "Cooee" at each new town it reached.