An Invercargill councillor has urged council to be brave and says it is time for the council to talk about a proper relationship with the Maori community. 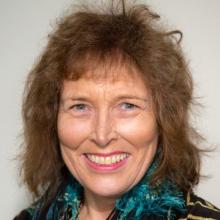 Councillors endorsed a document from deputy electoral officer Michael Morris which discouraged the creation of a Maori ward.

However, he had recommended the council instead investigate and discuss the creation of mana whenua seats on committees and on the council itself, but with no voting rights, to honour the council’s obligation to the Treaty of Waitangi.

Deputy mayor Nobby Clark stated at the meeting he would not support the request of the report, a statement which steered the moods of his fellow councillors.

Cr Clark said it was wrong time to consider this as the council was still undertaking its representation review and it could mean the current structure it had in place could not exist at the next election.

He also said he had concerns mana whenua seats would not properly prepresent the Maori community in the region. He also said Ngai Tahu had recently declined to have four seats at the Southland mayoral forum.

He said councillors should leave the subject until they were "clearer" about where council would go after the review.

Councillors spoke about the "clear message" from the community which wanted a greater Maori voice in the council.

All voted in support of the report with the exception of Crs Clark and Peter Kett.