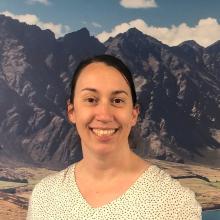 Erin Moogan
Invercargill city councillors will make a decision tomorrow on the proposed 35% increase for its rental units.

A report by council infrastructure manager Erin Moogan recommended the council adopt the suggested rise from July to enable increased investment in housing stock which required improvement, including the installation of heat pumps in the 215 units.

It will be presented at the infrastructural services committee meeting tomorrow.

The recommendation follows consultation and criticism from residents who were concerned about their ability to afford the increased rents and community organisations which deemed the increase as insensitive.

She also clarified some points raised during the submissions of six people who asked to speak about the matter during a hearing last month.

A few of the tenants were under the impression they would not be eligible for the accommodation supplement provided by Work and Income New Zealand, as they believed the threshold for rent was $155.

"As council is not a community housing provider, it appears that some tenants had received incorrect information.

Ms Moogan stated to be eligible, rent must be at least $106.

A suggestion that the council become a community housing provider was also raised during the hearings.

However, Mr Moogan said council commissioned a review of its housing care and the company in charge, Advisian, did not consider or recommend it become a registered provider.

"Instead, one of the options they presented was selling the units to a provider which is already registered.

"Council did not take this option at the time and has received feedback ... that tenants prefer that council remains the landlord."

Ms Moogan recommended the council continue with the original approach of a rental increase of 35%.

Two other options to be considered by councillors are to spread the 35% rental increase across two or more years, or a rent increase of $28% over one year, the reduced income being subsided through a 0.1% rates increase.

I think that the majority of ratepayers would accept a 0.1% rates increase. The tenants should not have to pay the full costs of refurbishing these rental units as they do not own them, therefore they do not benefit in the increase in the value of the properties.