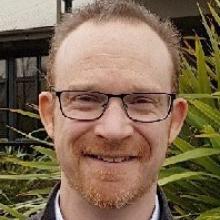 National Institute of Water and Atmospheric Research hydrologist and climate scientist Dr Daniel Collins said climate change would have played some part in the recent flooding.

"But for large floods, it’s more a case of climate change increasing the severity of a flood that would have occurred anyway."

A record amount of water flowed through the Mataura River at Gore during last month’s flooding at 2400 cumecs. The last time it came close to that was at 2100 cumecs during the 1978 floods.

Dr Collins said more frequent and larger flooding, particularly in the South, was expected. How much worse was dependent on future greenhouse gas emissions and how quickly we transitioned to a low-carbon economy.

The return periods of extreme river flows were likely to reduce, more so in Southland, the West Coast, Otago and Canterbury.

"A 100-year return period has a 1% chance of occurring in a given year. So over 1000 years you might expect to have about 10 of these events. It does not mean that they occur regularly in 100-year time intervals; you could have two 100-year events in the same year and then not have another for 200 years."

Put simply, the reduction of the return period from 92 to 69 years means, on average, a flow of 2400 cumecs would occur once every 69 years at that location.

Dr Collins said, "detecting climate change is like eavesdropping on a conversation in a noisy bar. And as time goes by, the climate change signal will get louder and more obvious."

Although there were techniques available now to detect how much of a factor climate change was in a particular flood or drought, they could take months of analysis.

"If they were done for the recent floods, we would likely see a climate change fingerprint. And we are working on providing more rapid assessments of these events."

He said a harder, and perhaps more important question, was "when will the worsening floods become so bad that we have to change something about how we live with and manage floods.

"It takes time to adapt, so waiting until the ‘big’ flood hits may be too long. That means there are benefits to both precautionary adaptation and reducing our fossil fuel use earlier."

A Ministry for the Environment spokesperson said they did not know yet if the weather event was attributable to climate change.

"In 2018, MBIE’s Smart Ideas funded EWERAM, the Extreme Weather Event Real-time Attribution Machine, which is working to address this. Within a matter of days EWERAM will be able to produce ‘scientifically defensible data to inform quantitative statements about the role of climate change in both the severity and frequency of the event.’ EWERAM is not operational yet."

It's a good job he's a he or you'd never get a Southlander to take any notice. And even then..... (Please accept my apologies if you live in the south and truly believe the climate is in crisis).

"Dr Collins said more frequent and larger flooding, particularly in the South, was expected. How much worse was dependent on future greenhouse gas emissions and how quickly we transitioned to a low-carbon economy."
For Dr Collins to claim such is a bit disingenuous isn't it? Dr Collins knows that what NZ can do on it's own can never change any climate anywhere anyhow. He must be using the word "we" to denote humankind. Even if we all tried to change the climate I can only say: Good Luck With That!