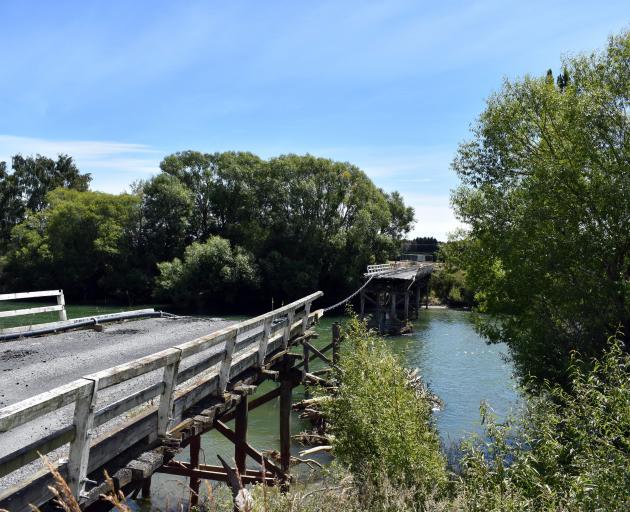 The Pyramid Bridge between Waikaia and Waikaka. Photo: Wayne Parsons
Construction of the new Pyramid Bridge will start in the next couple of months but residents will need to wait almost two years for its completion.

The Southland District Council yesterday approved its annual plan which included $1.5million for replacement of the bridge that connects the Southland and Gore districts.

The council said the cost would be funded by a loan.

The wooden bridge, which had spanned the Mataura River for 88 years, collapsed during a flood last year.

Both councils would share the cost, along with the NZ Transport Agency, which has approved a budget of $6.8million for the project and would be funding 73.68% of these costs.

A Gore council spokeswoman said the awarded contract would be publicly notified until the end of the month and the new bridge would take approximately 18 months to build.

This means residents could have to wait until the end of 2020 or the beginning of 2021 for it to be completed.