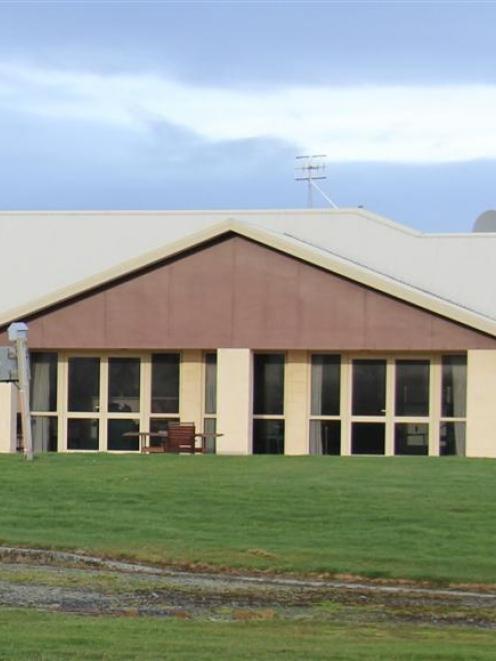 The Longwood Care Home, Riverton, where 28 villas are to be built. Photo by Brenda Gorton.
Rest-home and retirement village operator Bupa Care Services New Zealand is pouring millions into developments in Southland.

Resource and building consent have been lodged with the Southland District Council for an $8 million development at Riverton, the first of three major projects planned over the next few years.

Bupa is a British-based healthcare co-operative which entered the New Zealand market in 1991. It is now the largest rest-home provider in the country and also runs 26 villages.

It had no presence in Southland until 2011, when it bought 4ha on the northern side of the Ascot Park racecourse in Invercargill and built a $23 million care home and 62-villa retirement village.

Bupa will build units as soon as possible in Riverton, and later in Gore and Invercargill, before on-selling them.

The company's national retirement village manager Margaret Owens said all 62 villas at Ascot had sold more quickly than expected and Bupa was confident the other villas would be popular, too.

''The pace of sales at Ascot had a lot of energy about it. The villas were unusually well received, based on our experience in other parts of the country.''

That had helped give Bupa confidence to go ahead with other developments in the South, she said.

The Riverton development was the first Bupa had done in a rural area, Mrs Owens said.

''The care home already had vacant land around it, and we felt villas would be welcomed because there is no retirement village close to there.

''The response at the community meeting was overwhelmingly positive.

''People from Riverton said they would buy, and said they thought Riverton was a destination which meant people from [surrounding] rural areas and from as far away as Te Anau would buy, too.''

One person in a villa at Ascot had already indicated she would like to move to Riverton as soon as a villa was ready, Mrs Owens said.

''We are confident our Riverton development will significantly add to the Riverton community, and add to the choices for retired people.''

Windsor Park Care Home site, Gore: Staged development of more than 40 villas and a community centre. One community meeting and one meeting with the Gore District Council have been held but project not expected to begin until at least next year.

Cargill Care Home and Village, Invercargill: Possibility of more villas in the future, but no concrete plans finalised yet.