Seedlings get spring under way 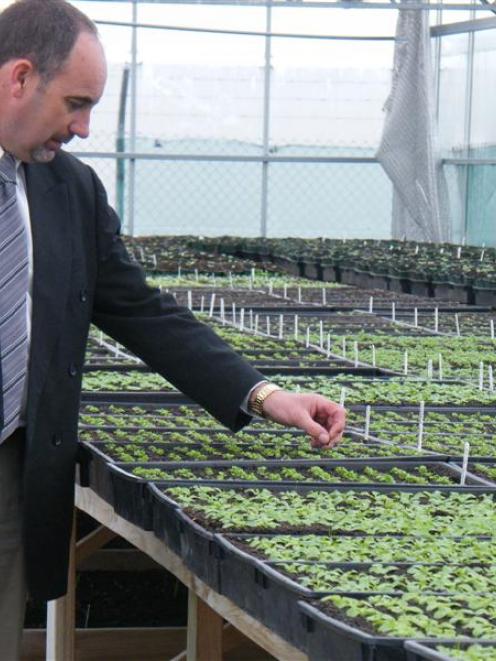 About 38,000 bedding plants were grown for each plant changeover in the spring and again in the autumn, parks and reserves manager Ian Soper said.

The team also grows seedlings for the Winter Garden in the Gore Public Gardens.

Not only did the many plots and hanging baskets around Gore and Mataura feature plants grown from seed in the indoor nursery but pot plants for the library and council offices were also propagated there, Mr Soper said.

Three full-time staff members and one part-timer work in the department.

Mr Soper praised their dedication and knowledge, which drew emails and letters of appreciation from residents and those passing through the district, he said.

The department did not normally grow trees and shrubs but it did operate a hire service that included tubbed plants, he said.

Plants suited to Southland weather were chosen to be grown and when it came to planting, colour combinations were carefully chosen so the displays were lush and eye-catching.

All the seeds were bought from one importer, he said. The seeds are propagated in a large climate-controlled glasshouse that has computer-operated vents.

Once the seedlings grow, they are then "pricked out" - a laborious and time-consuming job.

The best seedlings were chosen during the pricking out process, Mr Soper said.