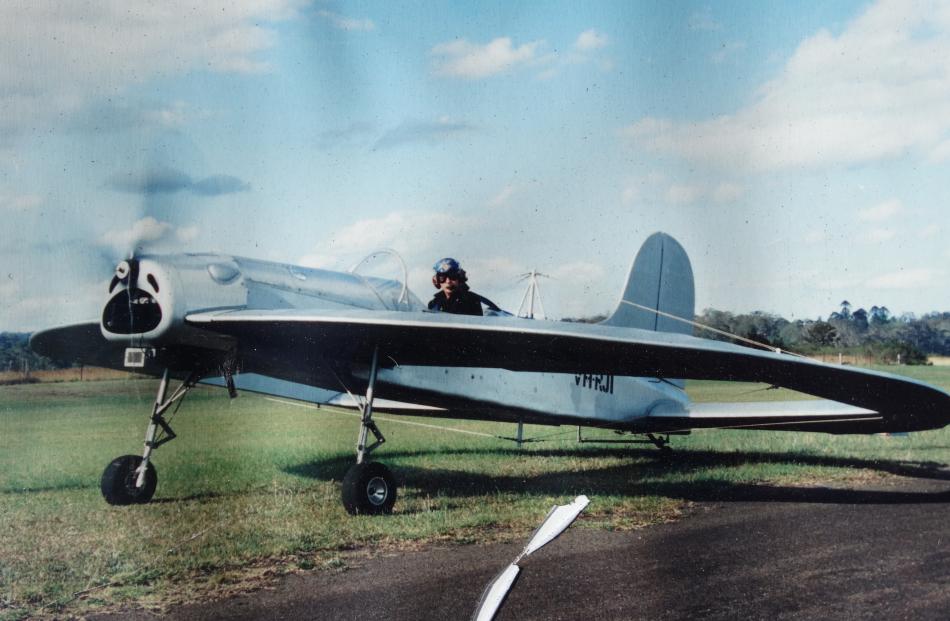 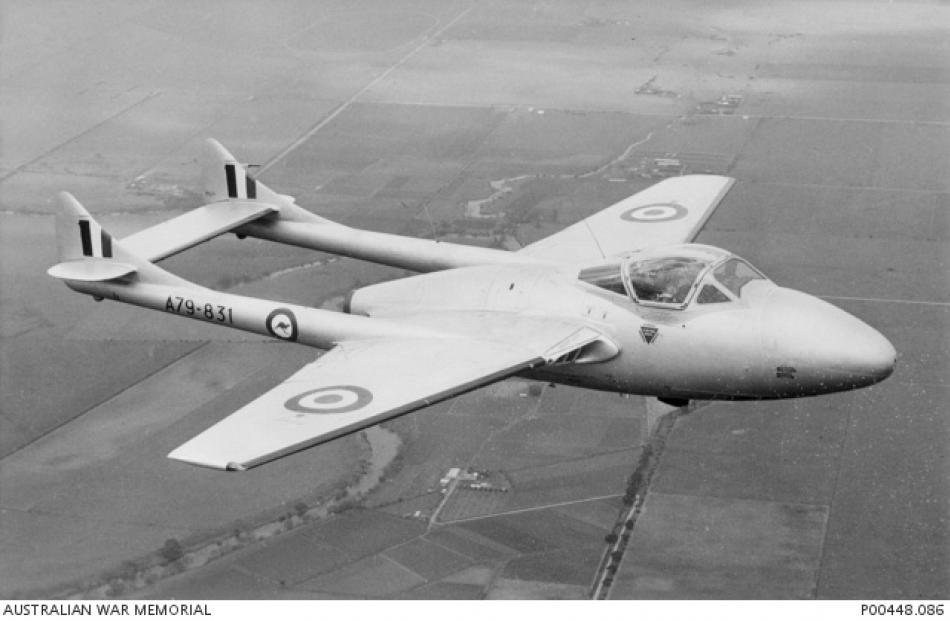 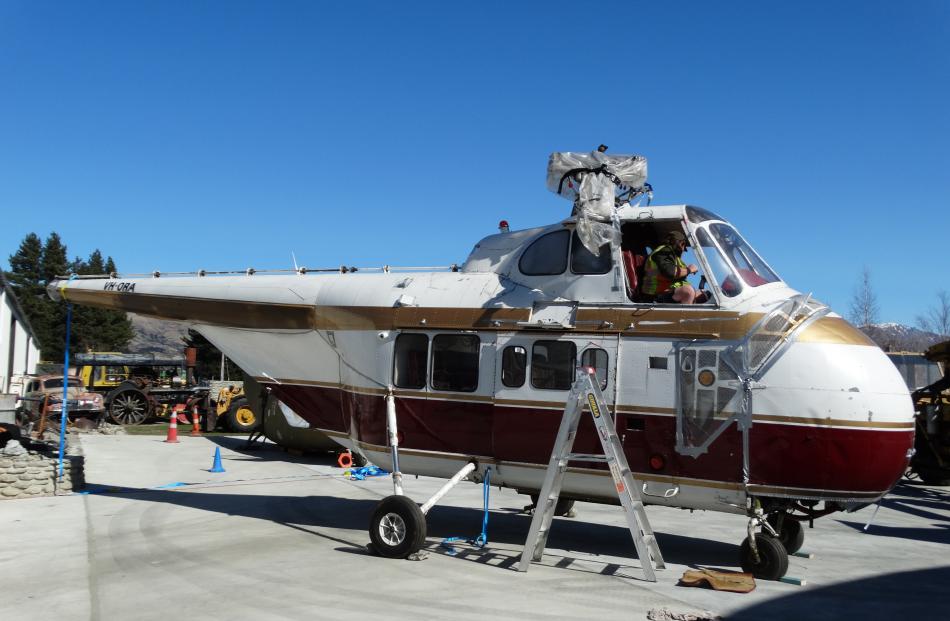 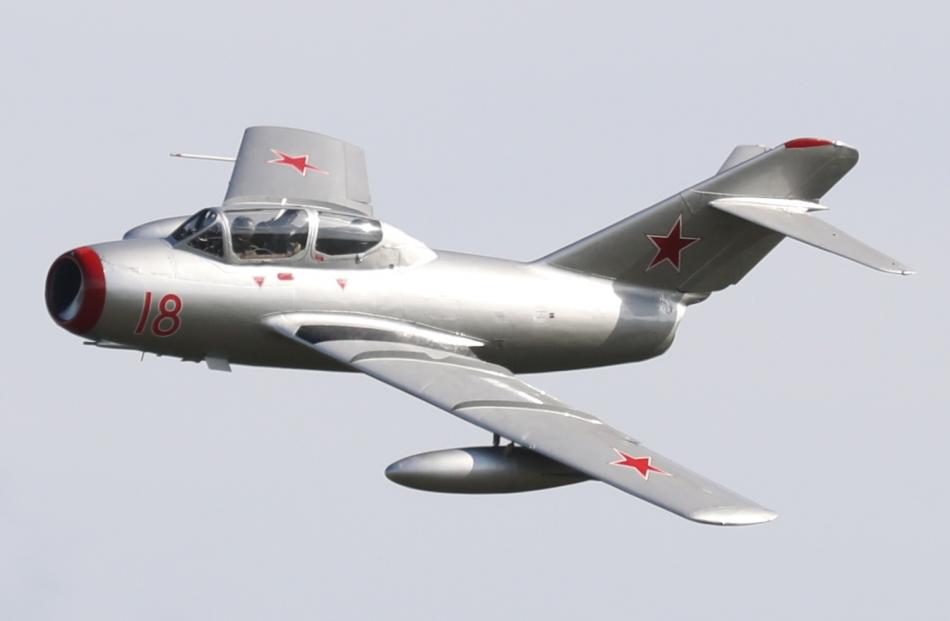 An antique squadron of 10 Australian aircraft has landed in Wanaka, including a pre-owned ''weapon of mass destruction''.

There is also a Vampire, and a ''circle plane'', a large Sikorsky helicopter, and an assortment of rare and unusual light aircraft.

The 10 aircraft are all from the Australian Aviation Museum at Bankstown, Sydney, which has closed its doors.

They have been obtained by Wanaka Transport and Toy Museum owner Jason Rhodes.

The weapon of mass destruction is a Russian Mig 15 fighter aircraft, which caused Mr Rhodes all sorts of red tape headaches on both sides of the Tasman.

There were also the headaches caused by Australian heritage rules and others resulting from New Zealand biosecurity practices.

''Every step of the way there's just been a bit of a hurdle.''

But, unloading the aircraft out from seven shipping containers this week, at the end of an 11-month process, Mr Rhodes said was ''like Christmas''.

The most unusual of the aircraft is the circle plane which has wings that are literally shaped in a circle.

Mr Rhodes said it was made from wood and fabric and was the only one he knew of that had been successfully flown.

It was designed and built by Sydney man Ron Feast ''just to prove a point, that a round plane can fly''. 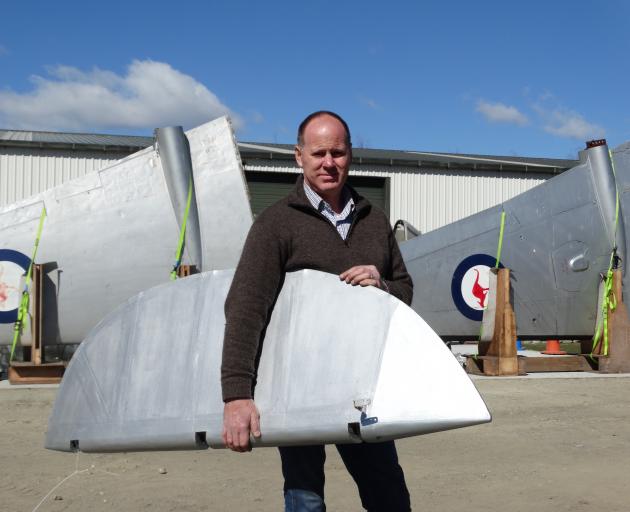 Asked why he wanted the planes, Mr Rhodes said there was always the risk old planes would just disappear, and having the planes in Wanaka would interest Australian tourists.

Mr Rhodes did not say how much he was spending on the exercise but bills were ''still rolling in''.

He predicted he and museum helpers would have years of work ahead of them, reassembling the aircraft and putting them on display.

Mr Rhodes is also involved in a plan to bring to Wanaka examples of all the commercial aircraft used by Air New Zealand.

He was recently in Brazil, where he and other members of the Bring Our Birds Home group have been working to secure, and bring to Wanaka, a derelict former Air New Zealand DC8.

The group also hopes to bring to Wanaka the Lockheed Electra turboprop which brought The Beatles to New Zealand for their 1964 tour.

What a great coup for Wanaka. Australian historians must have been asleep when they allowed this hoard to escape the country.