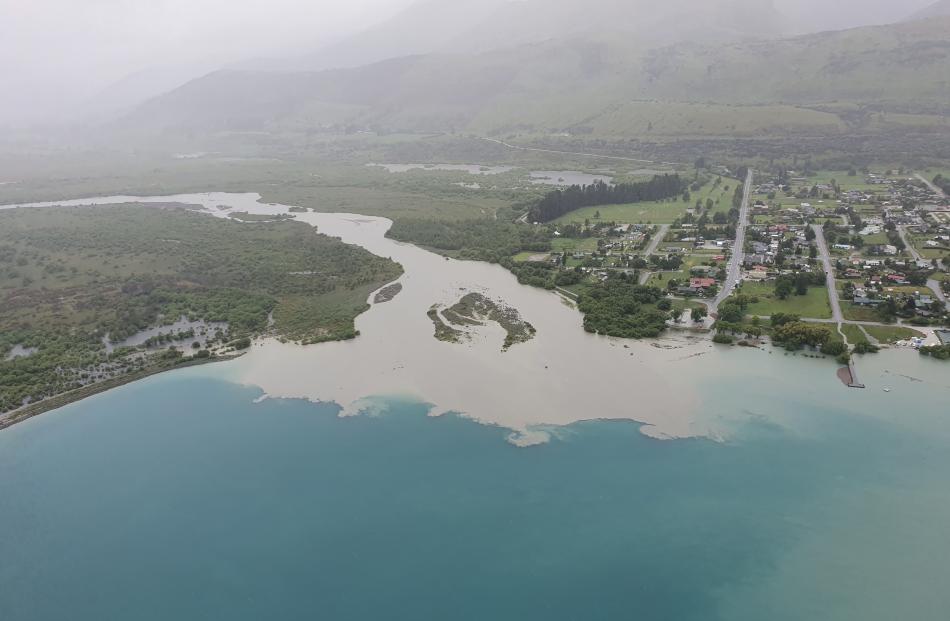 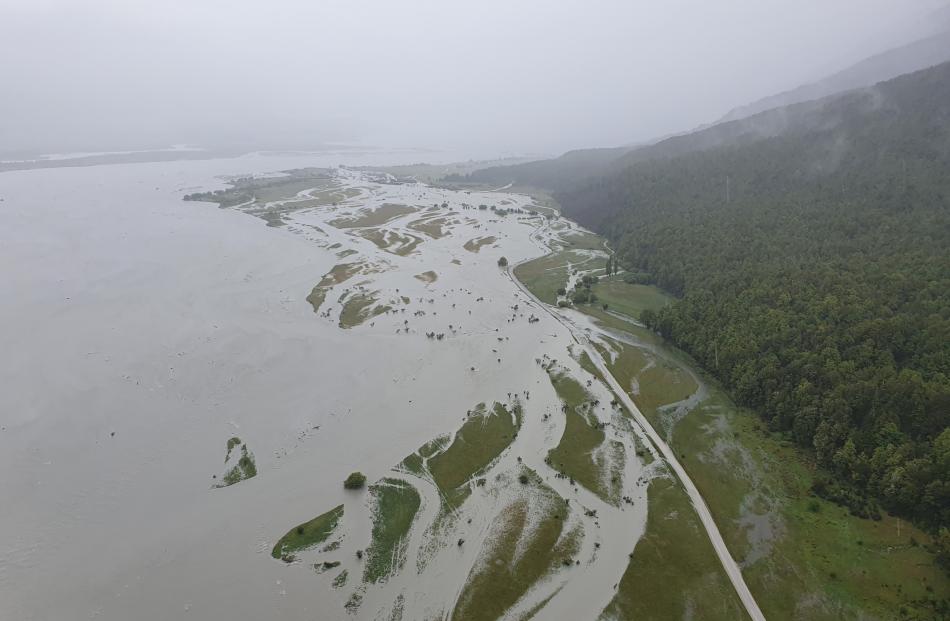 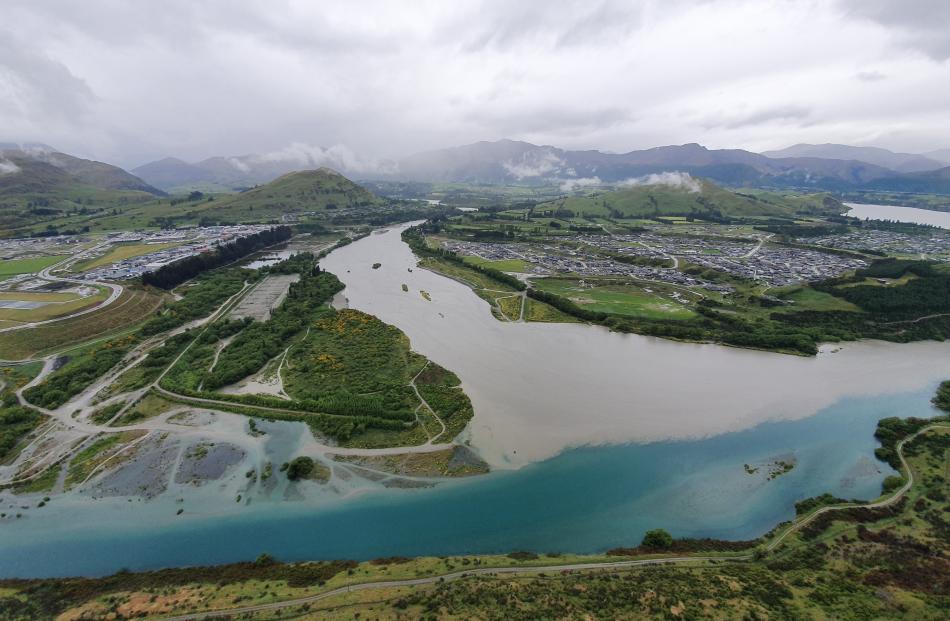 Continuing rain in the Otago headwaters is keeping Wanaka and Queenstown residents on edge as the towns' lakes remain near flood levels.

In an update on Wednesday afternoon the Otago Regional Council said heavy rain was continuing to fall on the Otago headwaters today, after easing yesterday evening.

Rivers feeding into Lakes Wanaka and Wakatipu, such as the Dart and Matukituki, were beginning to increase further after flows dropped briefly last night.

It's only the 4th, but about a month's worth of rain has already fallen this December in Queenstown (78 mm) and Wanaka (77 mm)—more is on the way over the next few days 🌧️ pic.twitter.com/K7ELXLJ3Yd

Both lakes are currently above the high lake level threshold.

The ORC said with more rain forecast, lake levels would continue to rise today and in the coming days.

Elevated river flows were beginning to move downstream through the Clutha River catchment but there were no concerns about ORC’s flood protection schemes in Alexandra and Balclutha.

However, Otago Civil Defence and Emergency Management is warning of possible surface flooding on State Highway 8 south of Roxburgh, and on tracks next to the Clutha River and Lakes Wanaka and Wakatipu.

The QLDC said this evening it was considering delivering sandbags to the Queenstown CBD, Glenorchy and Kingston, after taking the action in the Wānaka CBD this morning.

The decision will be made tomorrow morning.

If given the go ahead, these will be dispatched to Glenorchy, Kingston and three locations in the Queenstown CBD.

In Wānaka today, a second shipment of sandbags was delivered, and a further 1000 will be delivered tomorrow morning.

The QLDC said earlier its records showed Lake Wanaka was the highest it had been since May 2010. 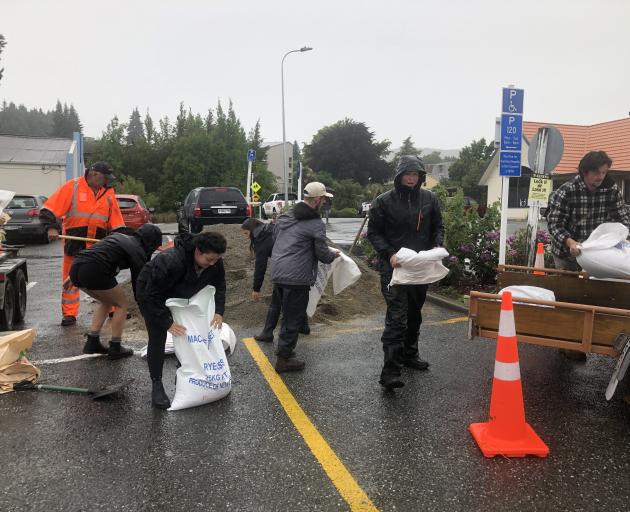 Volunteers from Kai Whakapai arrived at 9am to get free sand bags from Dunmore St car park. Photo: Kerrie Waterworth
Some businesses began sandbagging in Wanaka last night, as water started lapping at the base of the waterside office of watercraft hire business Lakeland Wanaka.

This morning Queenstown Lakes District Council made 1000 25kg sandbags available to the Wanaka CBD at the Dunmore St car park.

Some shops facing the lake began clearing out their stores of furniture and wares this morning to mitigate any potential damage.A reporter said Wools of Wanaka, on Henwick St, has been completely emptied and items have been taken away in a transport truck.

Employees of Big Fig started clearing out furniture, stock, and glassware from the restaurant yesterday afternoon. 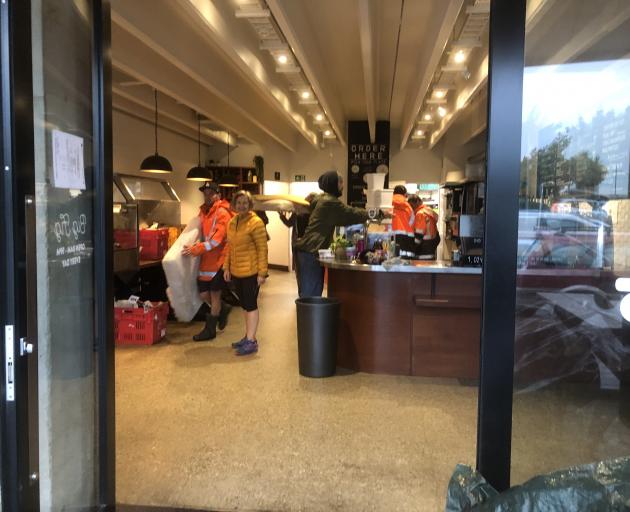 People clear out items and furniture from Big Fig in Wanaka this morning. Photo: Kerrie Waterworth

Kai Whakapai Cafe owner Roger North said he had been inundated with offers of help and he had been clearing out his cafe as well.

The Council's rain model had predicted the water would reach up to the front of the shops based on the predicted rainfall up to Thursday, Mr North said.However, the forecast now predicts the rain will continue past that point and he was taking precautions, he said.

Car parks by the waterfront have been closed off due to the rising lake levels. Photo: Kerrie Waterworth

The council has also blocked off access to car parking near the waterfront with cones this morning.

The harbourmaster has asked for owners of kayaks and small craft, tethered or otherwise, on Lakes Wanaka or Wakatipu to retrieve them as soon as possible, a QLDC Facebook post said.

The Department of Conservation has closed public access to the Young Valley catchment within Mt Aspiring National Park until further notice. 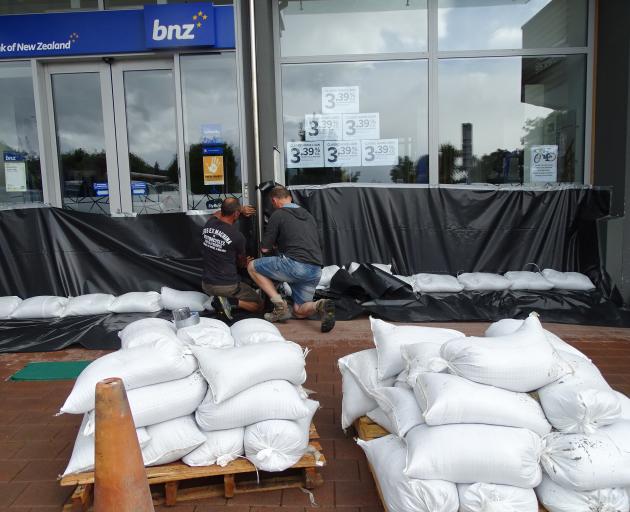 In Wanaka, Jarvie Plumbing took the precaution about 5pm yesterday of sandbagging around the BNZ in Ardmore St, which it looks after. It would be back at 5am today to check on the building.

Other Wanaka businesses, including Lakeland Wanaka, moved equipment and fittings to higher ground.

Office manager Amanda Grant said because the building was on stilts it was all right last night, but the company would reassess the situation today. 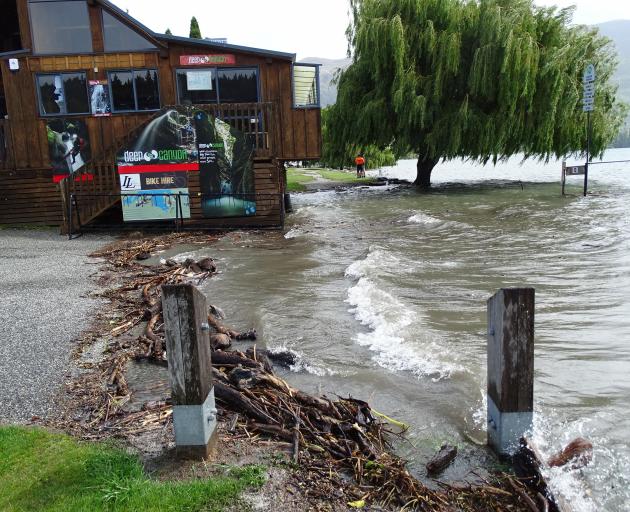 Water was at the back door of Lakeland Wanaka’s wooden cabin by yesterday afternoon. Photo: Kerrie Waterworth

Deep Canyon, which operates from the same building, has also moved equipment out.

General manager Ros Goulding said the company was still operational, but like many tourism operators, the situation would have an affect financially.

‘‘It’s super disruptive to everyone ... especially right on Christmas.’’

Persistent rain throughout the day, particularly heavy at times, had filled the catchments and rivers were raging, prompting the town to go on alert.

‘‘Water is touching the little log cabin [on the lake front],’’ he said. 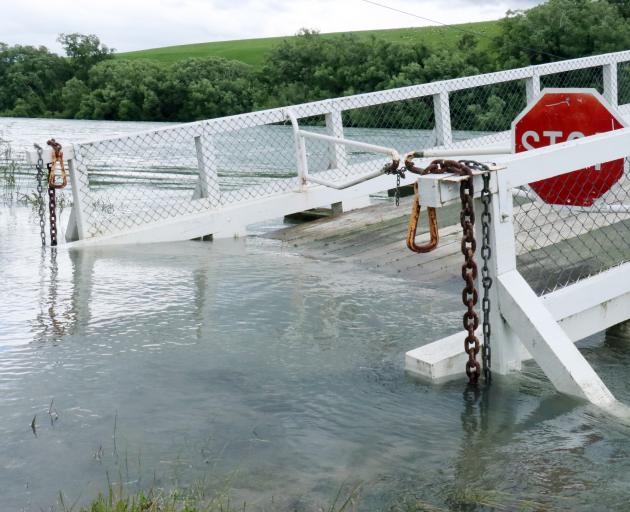 The Tuapeka Mouth punt on-ramp has been closed after being partly submerged under the rising Clutha River. Photo: Jack Conroy

‘‘The main wharf is completely under water, you can’t even see the posts sticking out.’’

The rain also closed several South Island roads and forced the closure of the Tuapeka Mouth punt bridge on the Clutha.

A Clutha District Council spokesman said the strong river flow put the bridge in danger of being swept away.

“It’s been going at 1200cumecs for the past day or so. It’s predicted to get to 1400cumecs by midnight tonight.”

He said it happened “every two or three years”.Trees came down around the region, and various roads were closed.

‘‘They were kind of gone by 2.30. You had a period there where you had heavy rain coming out of those thunderstorms.’’

This was caused by a warm northerly front flowing across the country ahead of a cold front.

Today, a nor’westerly flow would pass through Dunedin and a maximum of 23degC was expected.

There would be a short period of rain in the morning.