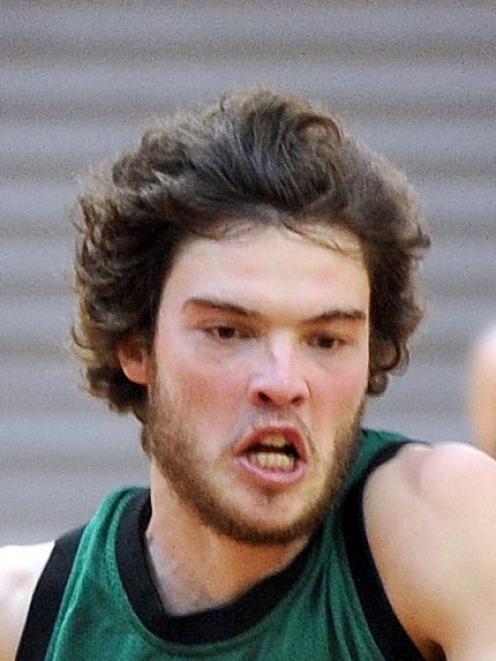 He rebounds aggressively. He runs hard. He is energetic on defence.

And as the NBL has progressed, he has increasingly become a scoring threat for the Otago Nuggets.

The 1.89m guard had 18 points on nine-of-12 shooting to go with eight rebounds in Tuesday’s one-point loss to the Taranaki Mountainairs.

Not bad for the final pick in the draft - although he has clearly shown he is better than that.

While thrilled with his individual performance on Tuesday, you can bet energy will remain his focus against the Canterbury Rams again tonight.

"He just wants me to go out and be annoying as hell on defence.

"Then crash the boards and then get out and run, because that’s kind of my game. I just go out and give it everything.

"Sometimes I’m only on for a minute or two minutes. It’s like that’s my chance to go hard so I’ll just go on and give it everything."

He established himself as one of the top players in the city for the City Rise Bombers and in 2018 was named the club league’s most valuable player.

He said the step up to the national league was noticeable in plenty of areas.

It was faster, the players were more skilful and harder to guard, while the defence was harder to break down.

But he was starting to adapt and be confident he could translate his skill set to the higher level.

"At the start I was probably a little bit more nervous than I am now.

"Just the whole NBL thing and I hadn’t played at this level. I had the jitters a bit. But as things have progressed I feel more comfortable.

"I know my team-mates better, I have more faith in myself and, if I just do what I’m good at, the results are going to come.

"That’ll be rewarded with more minutes, which is happening."

After a strong start, the injury-ravaged Rams side has struggled as the league has progressed.

However, they have added Tall Blacks swingman Reuben Te Rangi, who provides them with potentially the most potent threat in the league.

He will offer important assistance to star guard Taylor Britt.

Bardsley said the Nuggets remained in good spirits despite Tuesday’s loss and had been happy with their fightback after a slow start.

He added Te Rangi would be tough to cover, although he was just one player.