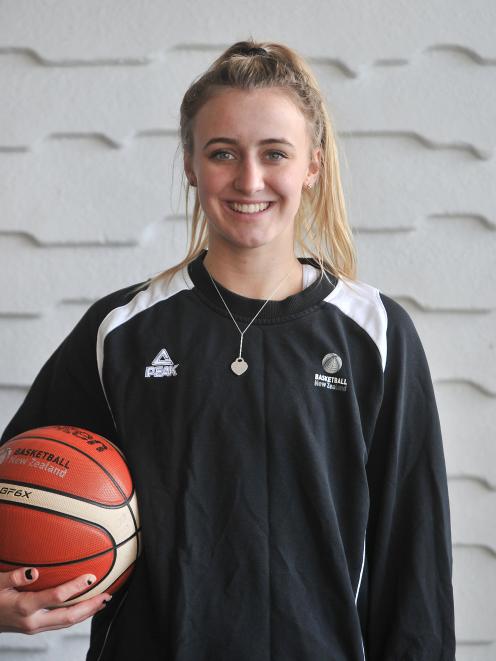 Nicole Ruske was absent on international duty. Photo: Christine O'Connor
Scoring has once again proved a challenge for the Otago Gold Rush.

The side took 15 minutes to make a field goal and went on to lose 72-39 to the Canterbury Wildcats in Saturday's women's basketball championship game in Christchurch.

Without key guard Nicole Ruske, who was representing New Zealand at the Fiba Asia 3x3 championships, it lacked a go-to scorer.

That showed early, the Gold Rush struggling to create quality shots and unable to finish what it did create.

It kept itself in the game defensively and prevented the Wildcats making any field goals in the middle eight minutes of the first quarter.

Otago struggled to turn that into points, although got to the line several times and trailed 13-5 at the first break.

It continued to keep the Wildcats quiet and contain import Marita Davydova through the second quarter.

However, while Hayley Gray finally broke the field goal drought, the side's lack of offence left it trailing 25-11 at halftime.

Bronwyn Kjestrup (12 points) and Natalie Visger (10 points) both found their scoring touch after the break, helping the side put up 16 points for the quarter.

But the Wildcats also lifted their offence and while Davydova remained quiet, they made use of their other weapons.

Forward Tessa Boagni led the way through the second half and finished with 16 points and 10 rebounds.

She helped them lead 47-27 at the final break, before running away in a dominant fourth quarter.

The loss leaves the Gold Rush with one win from five games at the halfway point of the competition.

Canterbury is in a tie for second with North Harbour and Waikato, each on three wins.

Auckland is unbeaten at the top, while Taranaki remains searching for its first win.