Defence lets Nuggets down in 2nd half 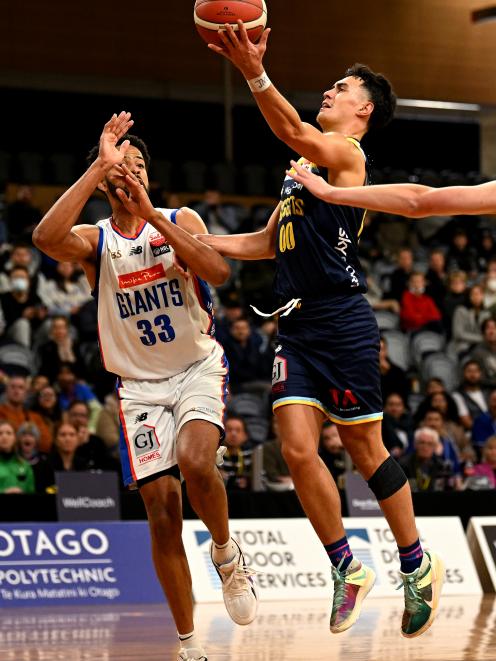 But he soon got into his stride. There was plenty to talk about after all.

The defensive effort in the second half was lacklustre.

Big Sam Timmins had one of those frustrating nights when he could not get going.

Sam Dempster (19 points) kept hitting damaging three-pointers, and Jarrod West (27 points) got to the hoop too easily, too often.

Star import Tahjere McCall played like he had one foot out the door. Turns out he did.

The Nuggets never got the best out of the talented guard and they never will. He returned to the United States yesterday.

But first that defence.

"Nelson got 54 points in the second half. Part of that was good offence," Matehaere said.

But part of it was not. The first five minutes after the halftime break was painful to watch for the 1400 fans.

"Yeah, it was. I thought we were going to be strong enough to get through it.

"We held them to 35 points in that first half. We needed that same kind of effort and energy and it didn’t happen.

"But they were able to force us into turnovers ... and basically did a good job to get us to throw the ball away.

"That is probably the most frustrating thing. We allowed them to get into the game through a little bit of ill-discipline."

Timmins had a quiet night with just six points and four rebounds. He is usually good for a double-double every outing in the singlet.

But the Giants made sure they had someone near him when he had the ball.

Timmins also got into early foul trouble which did not help him get into the game.

"They threw a lot of bodies at him, so it was about the other guys stepping up and making their shots."

Nikau McCullough (24 points) played well and Keith Williams (23 points) is a strong finisher at the hoop. But no-one else got into double figures for the Nuggets, including McCall.

He arrived in Dunedin with a big reputation, but looked like he was coasting in some of the games.

Asked if he needed more out of McCall, Matehaere confirmed the player was leaving.

"He is going home tomorrow [Sunday]. He is away to an NBA camp, so his agent has called him back. It is an opportunity to get in the big show."

Matehaere rejected the suggestion McCall had been cruising while with the Nuggets.

But he acknowledged a conversation was had about how much he would play on Saturday night given he was leaving the following day.

"But he wanted to stay on the floor and play his heart out. And that is what he did. You could see glimpses of what he is capable of.

"Yes, we would have liked a little bit more out of him. But it was not to be."

Matehaere said the Nuggets would be looking to sign a replacement quickly.

"We found out about 30 hours ago and I’ve been talking to people in three continents already."

The Auckland Tuatara edged the Hawkes Bay Hawks 99-88 in Napier on Saturday, while the Canterbury Rams finished strongly to beat the Wellington Saints 90-83 in Christchurch on Friday.