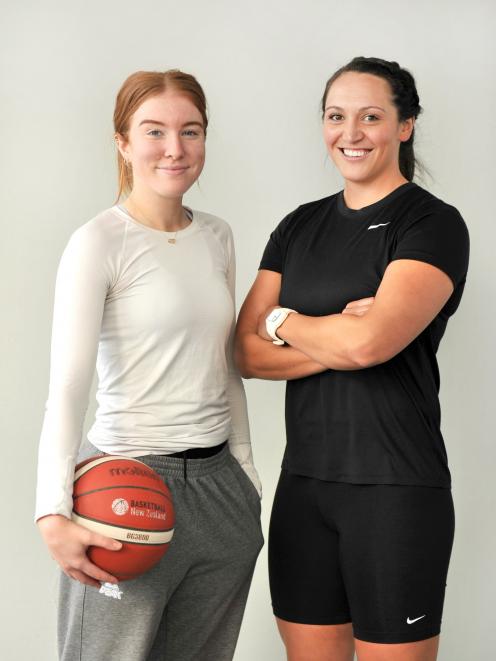 Samara Gallaher and Olivia O’Neill have both signed with the Southern Hoiho for this year’s Basketball Aotearoa Tauihi.

The duo join Zoe Richards and Nicole Ruske on the roster, forming a strong quartet of Dunedin-produced players.

Gallaher (29) would have seemed an unlikely signing this time a year ago.

The 1.76m forward had not played in four years at the time, having effectively retired after nine concussions left her experiencing ongoing problems.

But last year she began a comeback and appeared in two games for the Otago Gold Rush, before the Covid-19 Delta outbreak cancelled the league.

Her return for Tauihi — a new equivalent to the men’s NBL, which puts women on equal financial footing — brings plenty of experience to the southern franchise.

A strong and physical player, Gallaher is a former Tall Fern and had been on the cusp of Australia’s WNBL when she was forced to step away.

She has showed her quality in averaging 20.7 points for Ajax in this year’s club league so far, her ability to get to the hoop and take contact notable.

A 1.73m guard, O’Neill brings length, elite athleticism and an impressive all-round skill set to the Hoiho back court.

The 21-year-old was a regular New Zealand age-grade representative growing up, while also having played for the Touch Blacks open women’s team in 2018 and 2019.

She first played for the Gold Rush in 2016, when she was a year 11 pupil at St Hilda’s Collegiate, and was part of the Otago Gold Rush’s 2018 champion team.

After some standout performances at the 2020 Covid-adapted league in Auckland, she appeared primed for a breakout season last year, prior to league being cancelled.

The Hoiho tips off its season in Christchurch against the Mainland Pouakai, on June 29.

It plays each of the four other teams three times, with the league set to conclude on the last weekend of August.

More signings are expected next week.