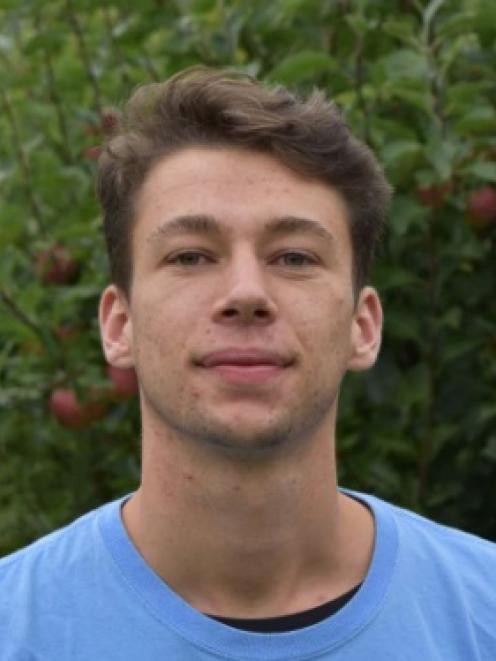 The Dunedin product had intended on making last season his final one at a professional level in Switzerland.

He is completing his master’s degree this semester, and a job with a global vaccination network based near Geneva is leaving him more than busy in the middle of the Covid-19 pandemic.

Last season had not gone well for his Nyon team, though.

An injury-plagued squad played in empty arenas and for a coach it did not get on with for 10 months.

It was not the way he wanted to finish his high-level basketball journey.

So he decided to return for another season.

Nyon has strengthened its roster and appointed a new coach for Hayman’s third season in Swiss Basketball’s top league, which begins this weekend.

‘‘After that season was so difficult, I had two choices,’’ the 24-year-old guard told the Otago Daily Times.

‘‘Either I stop because that season was so difficult and I’m not feeling passionate about playing.

‘‘Or in the back of my mind I knew I can’t finish on a bad season. I want to go out on a successful positive season.

‘‘So in that case, I would say I’m treating each season as it comes. But because last season was so troublesome, I was more motivated for this year to have some success, to play in front of the fans, all of that.’’

He qualifies as a local through his mother and was signed after getting a trial while backpacking around Europe.

After a year in the second division, the team was promoted to the top league.

Last year Hayman averaged 9.7 points per game, to go with 3.4 rebounds and 3.3 assists.

Those numbers may dip this year, as he is expecting a smaller role on a stronger team.

However, he was happy to be as efficient as he could within that.

Where he ends up career-wise next year was likely to determine whether he would keep playing at this level beyond this year.

It was ‘‘quite possible’’ it would be his last.

Alongside his master’s at the University of Lausanne’s business school, he is working 20-30 hours per week for the Developing Countries Vaccine Manufacturers Network.

An alliance of vaccine manufacturers from developing countries, it had become especially topical since the roll out of the Covid-19 vaccines.

‘‘We co-ordinate a lot of the affairs for all these manufacturers,’’ he said.

‘‘It’s really broad what we do, but the overarching goal is to help these manufacturers produce a large volume of vaccines. They’re generally the ones that supply vaccines to Asia, to Africa, to Latin America, where they’re needed the most.’’

He was unsure when he would come home.

While he misses Dunedin, the restrictions of MIQ made it too complicated to visit and he was happy with life in Switzerland for the meantime.

Despite that, he said he would never rule out a return to the Otago Nuggets, for whom he played during the its champion 2020 NBL Showdown campaign, if the opportunity arose.