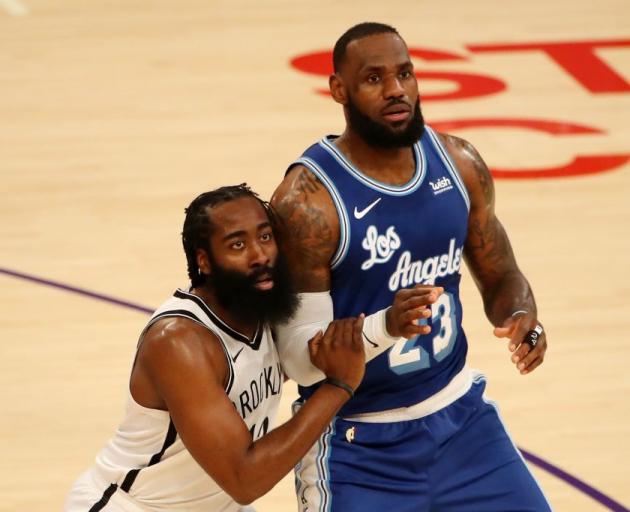 James Harden (left) and LeBron James may go to battle if the Brooklyn Nets and Los Angeles Lakers emerge from their conferences in the NBA playoffs. Photo: Getty Images
With the NBA playoffs beginning today, Jeff Cheshire looks at the teams and players to watch out for over the next two months.

Utah Jazz: Who picked Utah to finish top of the West this season? Maybe a few diehard fans in Salt Lake City. A well put-together team, the side is spearheaded by guard Donovan Mitchell and centre Rudy Gobert. Can its surprise regular season translate to the playoffs though?

Los Angeles Lakers: The defending champion faces a play-in game and enters as a seventh seed. But the side had been tracking well before star duo LeBron James and Anthony Davis became injured. Both have recently returned and, provided rust is not an issue, this is still a team that could win.

LeBron James (Los Angeles Lakers): King James has been to nine of the past 10 finals, the outlier being when he was injured. He remains the best player in the game with his ability to pass, score and rebound. How he comes back from that injury is huge.

Nikola Jokic (Denver Nuggets): Big and unathletic, but equally tough to contain inside and one of the greatest passers of all time. The Serbian centre led the Nuggets to a third seeding and will probably be named league MVP after a freakish all-round season.

Brooklyn Nets: The long-time strugglers have accumulated the most talented roster in the NBA, showing the class of Kiwi general manager Sean Marks. If Kevin Durant, James Harden and Kyrie Irving — all unguardable at their best — can stay healthy and play as a team, the Nets may well be favourites.

Philadelphia 76ers: Enter as the East’s top seed. Cameroon big man Joel Embiid is dynamic at both ends of the floor and will be dominant. Australian point guard Ben Simmons combines an elite passing game with arguably the best defence in the league.

Giannis Antetokounmpo (Milwaukee Bucks): Long, athletic and as dominant at both ends as ever. The two-time MVP has stumbled in the playoffs the past two seasons — is this the year he makes his first finals appearance?

Julius Randle (New York Knicks): Took a huge jump this year to make the Knicks relevant for the first time in years. The forward has developed into a scorer-playmaker and could take his team deep in the playoffs.

In a new format, six teams get automatic spots in each conference and the next four play off for the final two spots. Theoretically, you could finish 10th in a 15-team conference — or 20th in a 30-team league — and still win a championship. Who thought this was a good idea? Madness.

Further to the Jazz being the No1 seed, who saw the Phoenix Suns and Denver Nuggets as the next two in the west? Both are handy teams, but lack the firepower of the likes of the Lakers and LA Clippers. Likewise the East’s top four — Nets, 76ers, Bucks and Knicks — were the East’s bottom four teams not too many years ago. The 2019 champion Toronto Raptors did not even make a play-in game. Will this shift translate into the playoffs though, or will the recent favourites emerge?

Brooklyn will come through the most competitive Eastern Conference in years. The Western Conference is wide open. The Lakers have the talent to get it done if healthy and it’s always risky betting against LeBron, so we’ll go with them. Come finals time anything can happen, although the amount of talent the Nets have might elevate them to favourites. 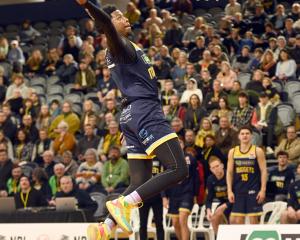