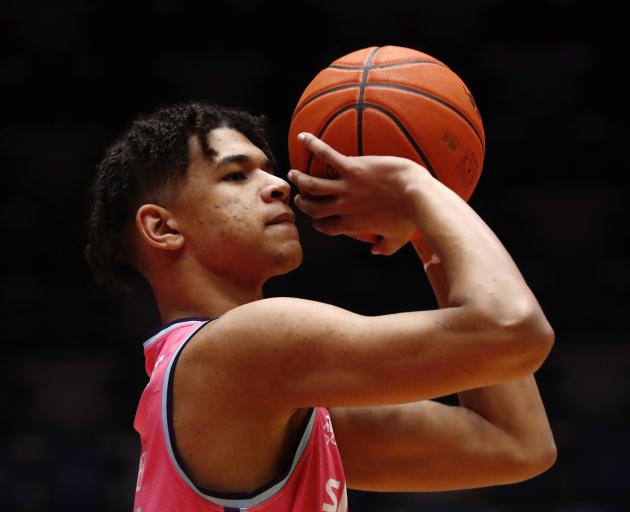 He knows more than most about the credentials of two players set to have their names read out by commissioner Adam Silver in Brooklyn on June 24.

The latest ESPN mock draft projected Dieng going as high as No12 to the Oklahoma City Thunder — the exact spot and team where Steven Adams was drafted in 2013 — and Besson taken early in the second round.

Timmins is especially confident the silky Besson (21) will be a blessing for whichever NBA team takes him.

"I’m buying all the stock in Hugo Besson, man.

"That dude is serious. I’ve never seen someone so young with such an unwavering way of carrying himself. It’s almost beyond confidence.

"Nothing fazes him. I can’t even describe what it’s like to watch him play basketball."

Dieng was more of a slow burner for the Breakers this season.

The teenager, perhaps not unexpectedly, struggled in the first half of the season but later showed why scouts see him as such an exciting project.

"He was probably slipping down some draft boards early on," Timmins said.

"But for an 18-year-old under that much pressure, he was phenomenal in the second half of the season. Massive props to him for turning it around."