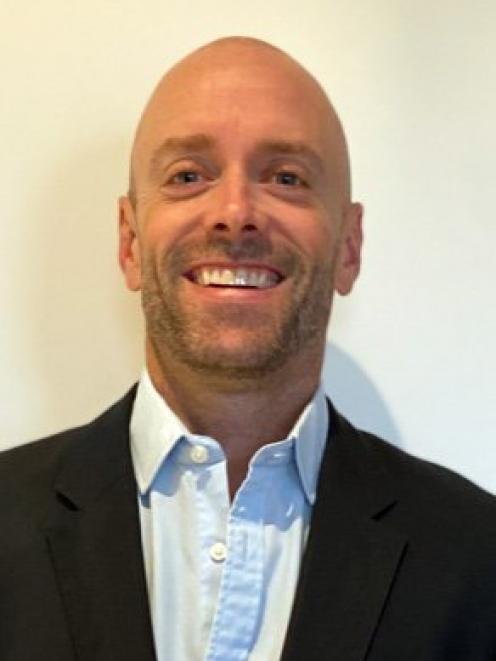 Richard Simkiss
The Otago Nuggets’ new owners have been on a steep learning curve over the past few weeks.

The history, the culture and the set-up of the team are all new for the Sport Entertainment Network and its parent company, Sports Entertainment Group, which bought the National Basketball League franchise earlier this month.

Their goal, though, remains very familiar.

The business, which is the parent company of Sport Entertainment New Zealand, is 100% owner of the Australian NBL’s Perth Wildcats and has a significant stake in Melbourne United.

Richard Simkiss, the CEO of SEG’s Ballpark Entertainment and Rainmaker Publishers divisions, has been a key figure in getting the deal across the line. He is clear about the group’s hopes for the Nuggets, whose history the group has learned in past few weeks.

In a league which has traditionally been dominated by a handful of well-resourced teams, he hopes to be right among those at the top.

That would hint the investment will be well beyond the $330,000 the Nuggets presented in a draft budget in 2014.

‘‘That’s the hope and aspiration — to be as competitive as we can and hopefully celebrate long-term sustainable success,’’ he told the Otago Daily Times from Melbourne this week.

‘‘Its one of the things we’ve admired about the NZNBL — it is an economically sustainable model. We’re absolutely going to be respectful of that, but look at opportunities to ensure our roster is as strong as it can be.

‘‘Outside of pure salary cap, the development opportunities and exposure opportunities, and access to training and coaching, will be things we’ll look to explore.

‘‘Hopefully we can bring a few championship pennants to the people of Otago.’’

Simkiss said franchise ownership was a way to expose the SENZ brand, as well as interact with fans.

He added basketball was a sport the business knew had ‘‘huge growth opportunity’’, which it was already exploiting in Australia.

The opportunity to get involved with the Nuggets had been ‘‘unbelievable’’.

The group would play a hands-on role in the franchise and SENZ had staff in Dunedin, although its primary focus would be to support the existing staff.

It would also use its platforms to provide exposure for both the Nuggets and the league.

Mills brings considerable experience to the set-up, having been director of scouting for the NBA’s Philadelphia 76ers, before returning home to Perth.

‘‘He’s super excited to help play a role with the Nuggets,’’ Simkiss said.

‘‘He’s already had a number of sessions with Angela and Brent. He’s thrown himself into free agency thinking already and helping support that. Over time we’ll be looking at opportunities for players to go both ways.

‘‘A development roster Wildcats player might have the opportunity to play in the NZNBL and naturally we’ll be keeping a close eye on talent in the competition over there to broaden our roster spots here in Australia.’’

How that will look on court remains to be seen.

Simkiss said the existing staff, specifically Matehaere and Ruske, would provide ‘‘a lot of instruction’’ around the make-up of the team.

However, Mills had been ‘‘immersed’’ in discussions with Matehaere since then.

The team in 2021 was largely made up of Otago locals, with a handful of others to add quality.

Simkiss said maintaining that opportunity for local talent would remain a focus, within building a competitive roster.

‘‘Our intent is to build a great franchise on court, but ensure it’s very much connected to the local community.

‘‘We’ll be exploring how we can build and add to the roster, while ensuring we remain part of the region and the best local talent we can develop.

‘‘I think the exciting thing for the talent there will be, over time, incremental development opportunities outside of season. And where we can unearth the next up-and-comer from other markets when they arrive.’’

The league is set to begin in April.