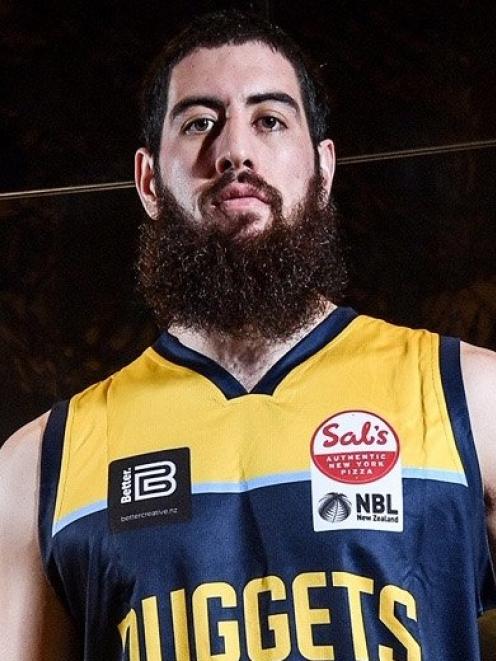 The No1 overall draft pick cut a happy figure as the side arrived at Dunedin Airport on Sunday.

He was influential throughout the campaign and came up with several key plays down the stretch in Saturday night’s 79-77 triumph over the Manawatu Jets in the final in Auckland.

He had signed with the Wellington Saints for a fourth consecutive season, but they withdrew from the league, concerned at changes forced by Covid-19.

A draft was created to promote talent equalisation and Ngatai went to the Nuggets.

He went on to average 18.2 points per game, to go with 4.5 assists and 5.7 rebounds, finishing second in league most valuable player voting.

In a regular year, it may not be so simple to sign him.

But Ngatai enjoyed playing with the Nuggets, enough to not shut down the prospect of returning.

"You can never say no. You don’t know what’s going to happen, especially during this pandemic time.

"I thought I’d be playing just a regular NBL season and then all of a sudden a pandemic hits and we get put into a six-week bubble.

Ngatai said he had not felt too much pressure being the top pick.

He had been thrilled with the way the younger players stepped up, notably Jordan Hunt and Josh Aitcheson in the final.

There had been plenty of controversy surrounding the league and player welfare within the new set-up.

Ngatai felt there were always things that could be improved, but on the whole thought it was "awesome".

He noted the schedule had been favourable to the Nuggets while no major injuries was a key factor, although he said it might have been tough to go another week.

He was unsure of his next step.

Ngatai has played for the New Zealand Breakers for the past six years, although at present has nothing lined up for the Australian NBL season.

"All for NZNBL. I wasn’t focused on that [Australian NBL]; my focus was on winning the championship.

"But now I’ll put a bit more energy and focus into that, talk to my agent a bit more, see what happens with that.

"Right now my name’s been floating around a couple of teams, but nothing set in stone right now."