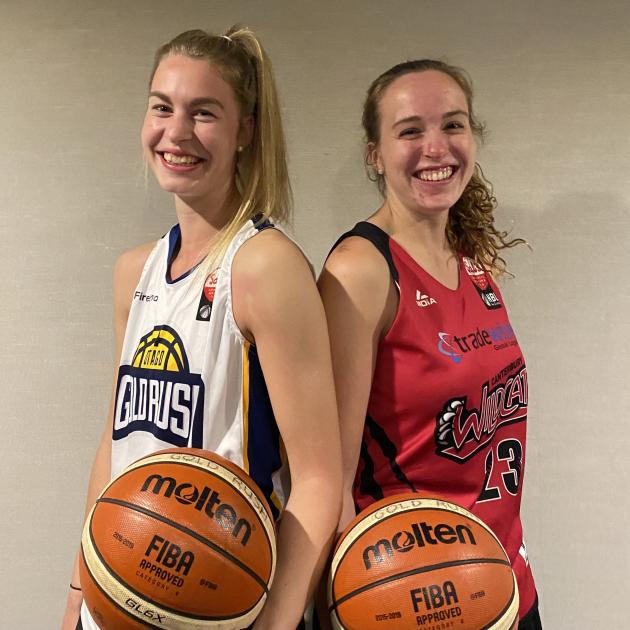 Sisterly support will be suspended for an evening when twins Zoe (left) and Brittany Richards turn out for the Otago Gold Rush and Canterbury Wildcats, respectively, in the sides’ National Basketball League clash in Auckland tonight. Photo: supplied
It is not hard to spark a debate between the Richards twins right now.

Just ask them who is going to win tonight’s National Basketball League match between the Otago Gold Rush and the Canterbury Wildcats.

Perhaps that extra passion is understandable.

The 23-year-old sisters have shared the court hundreds of times.

But tonight’s meeting in Auckland will be the first time they have been on opposite sides in an organised game.

Zoe has remained in Dunedin with the Gold Rush, having completed her time at Eckerd College in the United States.

However, after returning from the University of Alaska Fairbanks, Brittany has moved to Christchurch.

She is completing a Masters in sport and recreation management at Lincoln University.

That has led to her pulling on Wildcats colours.

It is not the first time they have played on separate teams. 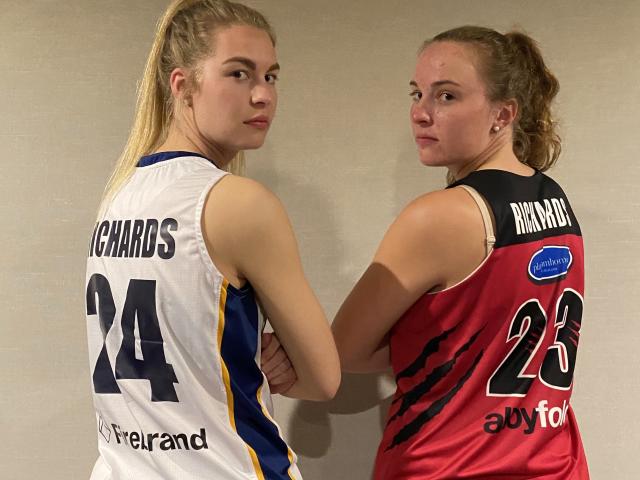 The sisters are very supportive of each other, although things can quickly get competitive. Photo: supplied
But in the US they were on opposite sides of the country and never met.

There was plenty of excitement ahead of it.

The sisters were very supportive of each other, although things could quickly get competitive.

""Some strong words and conversations in the car ride home," Zoe added.

Both have been key players for their teams throughout the league.

Zoe has averaged 10.5 points per game, to go with 9.5 rebounds, while coming up with a handful of key defensive plays.

Meanwhile Brittany has put up 8.8 points, while nabbing four rebounds an outing too.

Brittany’s game had come a long way in the past year and she said much of that was down to mental improvements.

Having the support from her coaches and being able to relax on court had made a huge difference to her.

Playing against Otago added an extra edge and she it gave her more motivation to want to win.

Meanwhile Zoe, who made her Tall Ferns debut last year, had been thrilled with how the Gold Rush had progressed.

After losing two opening games, the side bounced back with two wins at the weekend.

The team has confirmed a spot in the semifinals — to be played tomorrow or Saturday depending on where it finishes.

She said its bench had been key to that and she was increasingly confident it could make a run to win the title.

""I have been so encouraged by the way the team have been playing, especially the last few games.

""I don’t think we’ve reached our full potential just yet and we’ve still got some games left.

""I definitely think we can win it, be in the finals and win the whole thing.

""Most of the girls started back in February and now we’re in December which is crazy, it’s such a long year of working hard.

""It would be awesome if we could finish off with a championship, just like the Nuggets, bring it home and finish off the season on a high."