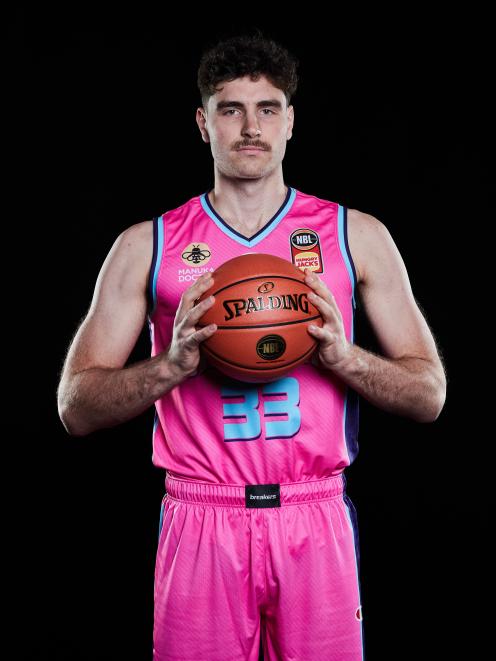 The Otago Nuggets will be keen to retain star centre Sam Timmins. PHOTO: GETTY IMAGES
As the National Basketball League’s free agency window opens, Jeff Cheshire looks at some keys for the Otago Nuggets over the coming weeks.

Quality big men are hard to come by in this league. Last season, Sam Timmins was the best of the bunch, giving the Nuggets a significant inside presence at both ends. A genuine local, who finished second in league MVP voting, it would be massive if the Nuggets could land his signature. He may be in higher demand this year, though, particularly after a stellar pre-season debut for the New Zealand Breakers.

Lock in the locals

Richie Rodger and Josh Aitcheson are both quality local starters who have boosted their stocks over the past two seasons. Both are likely to have generated interest, Rodger notably being pictured in Taranaki over the weekend. Getting both back, alongside the rest of the local cohort, needs to be a priority.

If Timmins returns, size becomes slightly less of an issue. The Nuggets will still need to find a replacement for Akiva McBirney-Griffin, who has gone to the United States for college. Timmins cannot play every minute of every game, and the Nuggets will likely have to look outside the region for a genuine back-up. Some extra size on the wings would not go amiss, either.

A big man who can score in a variety of ways. Played for the Nuggets at the Showdown in 2020 and was named finals MVP. Had a stint with the Cairns Taipans last summer, before being under-utilised on a loaded Hawke’s Bay team on his return. Would be a big signing if they could get him, although Hunt’s hometown Wellington Saints may also be strong contenders.

Same formula here. Keil was exceptional for the Nuggets in their Showdown championship, before moving to Dunedin to play the end of the club season in the lead-up to the NBL 3x3 Cup. Signed with Wellington last year before injuring his knee. Being from Auckland, he could easily end up with the Tuatara or Bulls as well.

Seems settled in Canterbury, although needs to be on the radar. Cook-Green is from Dunedin and was one of the best junior players Otago has produced, growing up playing alongside Timmins, Rodger and Aitcheson. Has had two serious injuries, but returned to the court last year and would be great to see back in blue and gold at some point.

A guard originally from Waikato, McCullough played for the Manawatu Jets in last year’s NBL. A quality operator whom the Nuggets drafted for their 3x3 team this season, a link they could look to exploit.

A wildcard. A former Christchurch local, Stent has spent recent years in the United States. A 2.03m mobile forward, he played division one college basketball for Houston Baptist University, and has remained there over the past year. There has been talk he may be looking to come back. If so, he would be a great pick-up for whoever could land him.