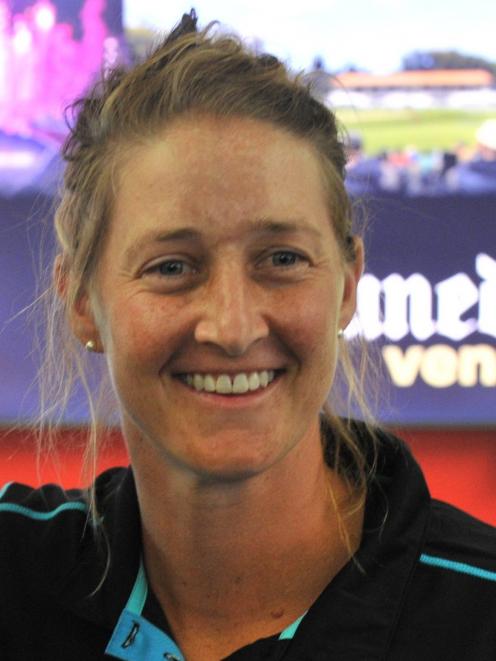 Sophie Devine
The Otago Sparks will host either the Auckland Hearts or the Canterbury Magicians in a Super Smash elimination final on Thursday.

Wellington’s crushing five-wicket win over Auckland yesterday means it is guaranteed to finish top of the table.

The Blaze has 36 points, eight points clear of the Sparks.

In turn, the Sparks are 12 points clear of the Hearts, who have a four-point buffer on the Magicians.

Auckland will be favoured to beat fifth-placed Central tomorrow, meaning Canterbury will need to win both its remaining games — against the Northern Brave today and the Sparks on Sunday — to have a hope of qualifying based on net run rate.

It has not been confirmed but the Otago Daily Times understands both the women’s and men’s Super Smash elimination finals will be held at the University Oval on Thursday.

In turn, both finals will be held at the venue of the top men’s qualifier, either Northern or Canterbury, next Saturday.

Wellington made it nine from nine in the women’s Super Smash with a demolition job on Auckland at the Eden Park Outer Oval yesterday.

In the men’s clash, in-form batter Michael Bracewell pounded an unbeaten 54 off 44 balls to lead the Wellington Firebirds to an eight-wicket win over the Auckland Aces.

Tom Blundell added 41 not out off 25 balls, the pair sharing in an unbroken stand of 70 as the Firebirds chased down their target of 122 in the 15th over.

Auckland had batted poorly to reach 121 for nine off its 20 overs.

Glenn Phillips top-scored with 39, while Hamish Bennett took three for 15 for Wellington and both Ben Sears and Logan van Beek grabbed two wickets.

Jed Mockford was unbeaten on 62 and Joe Ingram 31 when victory was achieved.