Football: Order of Merit for Vicelich 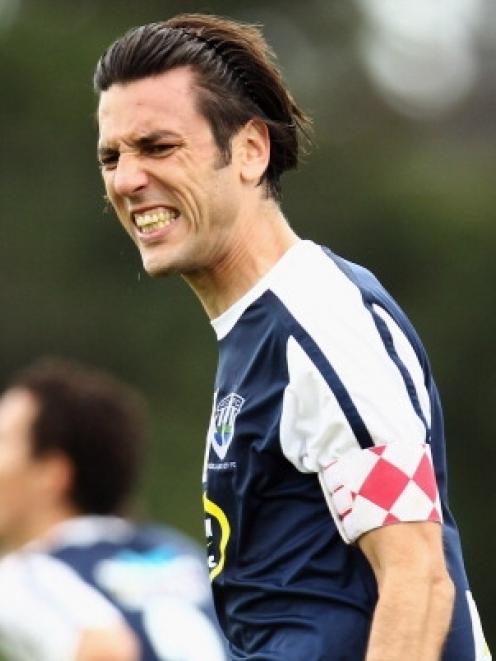 ivan_vicelich_527efa4d93.jpg
Every time Ivan Vicelich retires from the All Whites, something great happens for New Zealand football.

In 2008, at the ripe age of 31, the rangy defender decided to put his family ahead of his ageing international legs. A year later, after reversing that decision, Vicelich played a key role in helping New Zealand to their first World Cup in 32 years, when he then played in every match as they went unbeaten.

At the start of this year, Vicelich retired again. Then aged 37 and the most-capped All White of all time, the ride was finally over, right? Wrong.

This month Vicelich, now 38, captained semi-professional outfit Auckland City FC to third at the Fifa Club World Cup. And he won the Bronze Cup -- awarded to the third-best player of the tournament, beaten only by Real Madrid's Cristiano Ronaldo and Sergio Ramos.

To put that into perspective, Vicelich owns and runs a sports shop in Mount Eden -- Ronaldo and Ramos each earn more than $200,000 a week playing football.

Today, Vicelich's services to football have been celebrated with an appointment to the Order of Merit in the New Year Honours.

Vicelich described his Club World Cup success as being "right up there" with his World Cup experience.

Auckland's miraculous run in Morocco relied on Vicelich. He was the rock who instilled confidence in the unit.

He led the talks in the team huddles and dished out a stern bollocking if a players was cutting corners but, most importantly, he kept the group calm.

Playing against champion sides from Morocco, Africa and South and North America doesn't seem so daunting if you have experienced a 1-1 draw with the defending champions at a World Cup, and Vicelich's confidence was infectious.

"Maybe if I hadn't retired it wouldn't have worked out how it has," he said. "I think the final whistle when we finished third in Morocco is up there with the sound of the final whistle against Bahrain when we made the World Cup."

Here's hoping he gets another All Whites call-up, then retires again soon.

- By Steven Holloway of nzherald.co.nz