Daniel steps up to national body 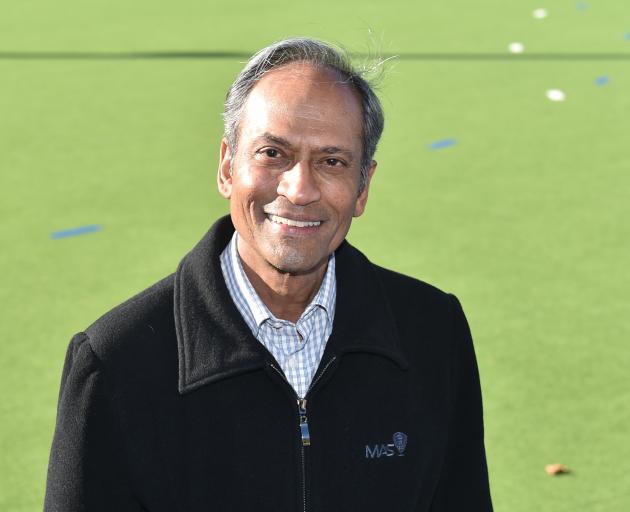 John Daniel has been elected to the board of Hockey New Zealand. PHOTO: GREGOR RICHARDSON
John Daniel has stepped down as chairman of Otago Hockey but stepped up nationally.

The 67-year-old minister was elected to the board of Hockey New Zealand at the organisation’s annual meeting last month.

Daniel has a long history in the sport. He has been a player, administrator, umpire and coach.

He has clocked more the 50 years in hockey and you could forgive him if he did not want to take on yet more responsibility.

But when he got a call suggesting he could add value on the board, he leapt at the chance to serve almost as athletically as he bounded over a fence to get into position for the Otago Daily Times photographer.

Just a side note but he cleared that fence by a considerable margin.

"Really it is a reflection of what Otago Hockey has done over the last few years," Daniel said.

"As a team we have done really well. There is lot more to do but as a community we’ve come a long way.

"Hockey is a fantastic sport and one that is really worth [working for] and I’m passionate about that."

Daniel, who officiated in more the 60 internationals and co-founded the Howick Pakuranga Hockey Club in 1974, was one of three Otago hockey stalwarts whose contribution to the sport was acknowledged with the gold service award.

The award is an acknowledgement of 25 years of service and Dave Ross and Shirley Gillett were also recognised for their contributions.

"I’m representative of thousands of others around the country who do what I do," he said.

"We’ve got a very good national set-up and a good set-up in our regions. There is still lots more to do but it is moving in the right direction in so many ways."

Kate Wilson has replaced Daniel as the head of Otago Hockey.