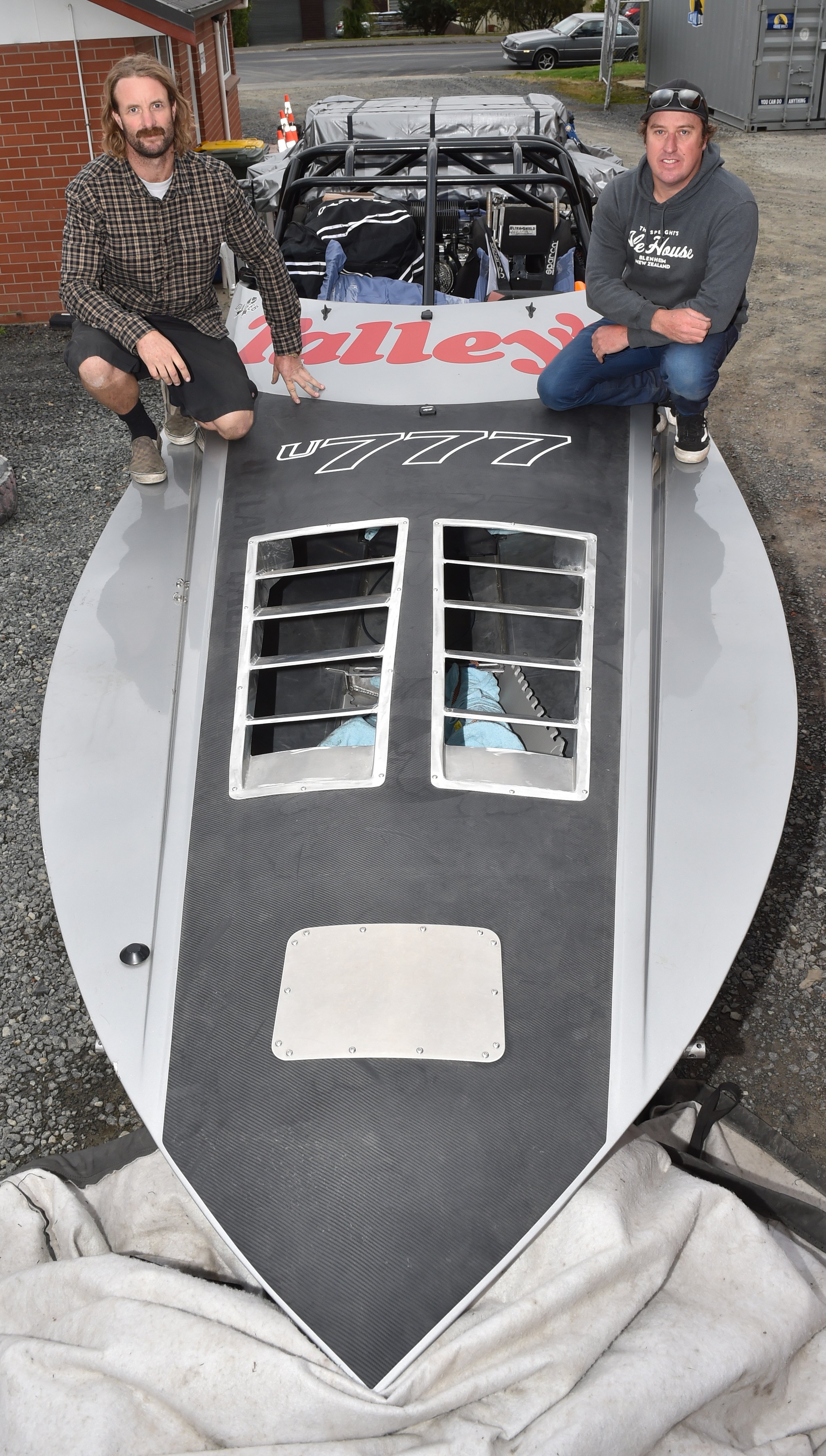 Driver Regan Williamson (right) and navigator Blair Christmas with their Talley’s U777 jet-boat before its departure for the United States back in March. PHOTO: GREGOR RICHARDSON
We all had best-laid plans for this year.

But for Regan Williamson, it did not involve having one of his prized assets, which he has built from scratch, sitting in a garage on the other side of the world.

Williamson, a Queenstown engineer and jet-boat driver, along with navigator Blair Christmas, also of Queenstown, and a helicopter mechanic, had built a top-of-the-line jet-boat to race in the world jet-boating championships in the United States in May.

In mid-March the boat, named Talley’s U777 and powered by a Russian military Mi-28 gas turbine helicopter engine, was loaded on to a ship in Dunedin to head to the United States for the championships. Confidence was high the boat would make a statement on the water state-side and the Queenstown duo were set to fly over in May.

But by the time the boat made it to the United States, everything in the world had changed. As Covid-19 spread quickly round the world, things were flipped on their axis and, not surprisingly, the championships were put on ice.

So that left Williams and Christmas in New Zealand and the boat in the United States.

Williamson said he decided to get the boat shipped up to Canada and it was now in the garage of a friend’s property in Alberta.

He said it was too difficult to get the boat back to New Zealand from the United States so he just shipped it to his friend’s house and there it sits.

It was disappointing he could not use the boat, but it was all out of his control. The championships were set for next year so, provided it was safe to travel, the duo would head back over next year.

The boat has some serious muscle.

It is capable of going up to 250kmh with its 2500hp engine and chews through 5.5 litres of aviation gas every minute.

They discovered the engine a few years ago in the United States and initially thought they were stupid to think about putting it in the back of a jet-boat.

But they persevered and some Kiwi ingenuity and assistance from others have finally got the boat ready.

He declined to say how much it had cost but estimated 1000 man hours had been spent on its construction.