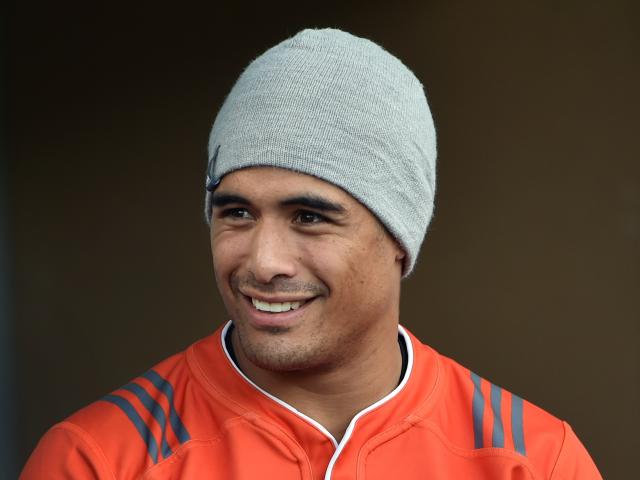 Aaron Smith
He plays Fortnite and covers the ground at lightning speed but All Black halfback Aaron Smith is like all of us - time is catching up with him.

''We had a line-up from oldest to youngest and it was Alex Ainley, Bender [Ben Smith] and then me. So yeah, getting up there. I still feel young at heart but I've got a few greys and stuff,'' he said.

''There is this game out, Fortnite - everyone is playing it. Look I'm 29 and I still play all that. I think I'm still young at heart and pretty energetic. I'm that kind of guy.

''You notice we are at these derby games and all these young fellas want to go out and I just want to go home and go to bed.

''It has changed, changed your mindset. It used to be play hard and party hard but I can't do that any more. You need to ice more or recover more.''

He works hard to keep in peak condition.

''I spend about an hour at night trying to get it [the body] right for the next day. You just have to do the right things. Drink lots of water, got these recovery pumps, ice baths.

''As you get older you've got to eat better, drink more water, you wake up earlier, start stretching.

''When you are stiff and sore and you have to get up early that is the hardest thing you have to do.''

He said the Highlanders environment had not changed in all the time he has been there and paid credit to the different coaches for maintaining the culture.

The next challenge for Smith and the Highlanders is the Hurricanes on Saturday night in Wellington.

Smith will face off against TJ Perenara, who is set to play his 100th game for the Hurricanes.

Smith believed he used to get dragged into the battle within the battle against Perenara but had learnt to look at the bigger picture.

''I have played him before and he might do a run really well and then I will try and make up and do it better ... it is about not trying to win the battle but win the war. It is about what I do.

''It is just keep the game short term and play by play. We don't talk too much on the field any more. ''We used to chip away at each other. It is just play hard and then have a beer and a chat afterwards.''