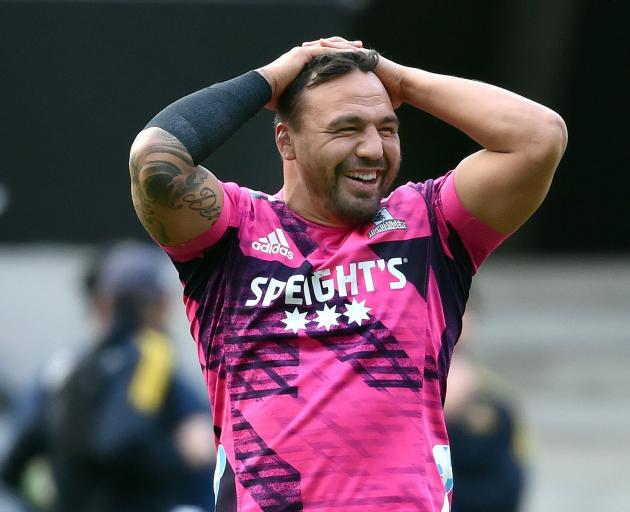 Highlanders captain and hooker Ash Dixon at training earlier this week. PHOTO: PETER MCINTOSH
Trading places has never been much of an issue for the Highlanders’ two happy hookers.

For Liam Coltman and Ash Dixon, it has been a case of moving between the bench and the field for the past five seasons.

Coltman made his debut for the Highlanders in 2013 and, two years later, Dixon came to the franchise after stints with the Blues and Hurricanes.

Since then, the duo have been the main men in the hooking role.

Coltman has been in the XV for the majority of matches, having started 66 games since 2015, while Dixon has been more of a super substitute, coming off the bench more than 50 times to replace Coltman.

But it is a 23-man game these days so for the player it does not matter whether he is starting or riding the pine as each role is just as important.

Coltman (30) said coming off the bench was a vital role in the game these days.

"The boys have been nailing their roles, doing a fantastic job in the lineout and it is great to come out and do."

It was about the team performance for any player and Coltman also acknowledged playing well will hopefully give those watching a smile on their face.

"For us it is a massive honour to get back out on the field ... I think when your livelihood all of a sudden stops dead it is pretty crazy. And for many people that is still going. So whatever chance we get we want to bring a bit of joy and fun to people out there."

In 2015, the year the Highlanders won the title, both hookers played every match in the 19-game season.

Coltman started 15 of them while Dixon started the other four and came off the bench in the other 15 games.

This season, Coltman started off by taking to the field initially but, after the Covid-enforced break, Dixon has started the first two games of the Highlanders Super Rugby Aotearoa campaign and looked in good form.

Getting the body right and finding renewed enthusiasm for the game has been a bonus for the 31-year-old who was tossing up whether to come back to the Highlanders this season.

Captaincy appears to sit well with Dixon and he has brought some dash back into his game.

He will be on the bench in what is an intriguing match for the Highlanders.

The side is coming off two good performances but the Crusaders are the benchmark.

The red and blacks are utterly ruthless and know how to squeeze sides.

The home team simply has to take every possible chance which comes along and be accurate in everything it does.