By Adrian Seconi
0 Comments
Scott Gregory had other plans about now.

The 21-year-old Northlander has been named to start at fullback for the Highlanders game against the Blues at Eden Park tomorrow.

The former New Zealand under-20 representative is the latest body to fill the No15 jersey for the franchise as it searches for a long-term replacement for Ben Smith.

He got the nod over the likes of Vilimoni Koroi, who started against the Chiefs but drops out of the game-day squad this week, or Josh McKay and Michael Collins.

Ngane Punivai returns from injury to take a spot on the bench in the only other change to the side which beat the Chiefs. 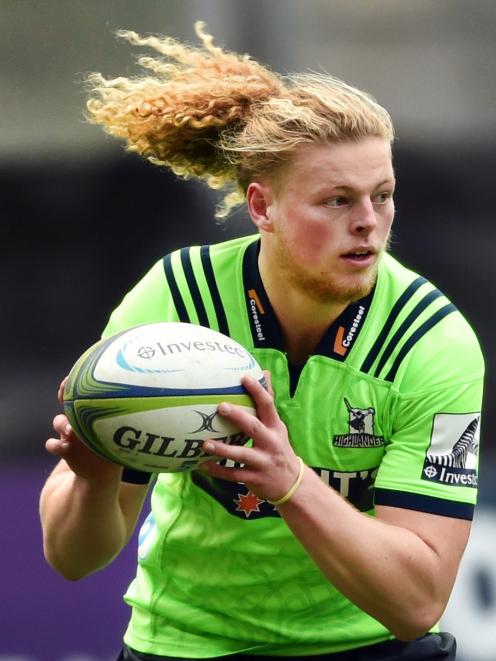 Utility back Scott Gregory prepares to pass the ball during a training session at Forsyth Barr Stadium in Dunedin yesterday. PHOTO: PETER MCINTOSH

"Scotty has trained really well and we just feel his physicality and presence out in those wide channels is going to be important," Highlanders coach Aaron Mauger said.

"He played all his rugby for Northland at fullback last year and really impressed there. He has good versatility. He can play on the wing, in the midfield and can probably play 10 at a push as well.

"We’ve got every confidence he can do the job."

While Gregory is thrilled to make his second appearance for the franchise — his first run-on start — the utility back had hoped to be preparing for the 2020 Tokyo Olympics as a member of the All Blacks Sevens squad.

Covid-19 forced the postponement of the Olympics for a year.

"I joined the sevens [squad] last year and did really well and really enjoyed my time there," Gregory said.

"I was asked if I wanted to have a go at trying to make that team that goes to the Olympics this year.

"It was interesting, I joined the Highlanders at the start of this year and was prepared to swap out about the time all this Covid came on.

"I guess it is a bit heartbreaking that it didn’t happen this year but I guess there is another opportunity hopefully in this next year coming.

"The Olympics swing around every four years so maybe one day I can go back and have a go at that."

Gregory, who was born and raised in Northland, made his Super Rugby debut against the Rebels from the bench in February and had an eventful shift.

He scored a try with his first touch and about a minute later picked up a yellow card when he collided with a player in the air.

"It was a pretty exciting time ... I managed to tick a few boxes in one game," he joked.

Gregory was a talented athlete at school. A New Zealand age-group champion, he competed in the shot put, discus and hammer events while at Whangarei Boys’ High School.

But he was awfully handy on the rugby field as well and had a breakout year at the World Rugby Under-20 Championship in 2018.

The Blues have stuck with the same starting XV which beat the Chiefs on Sunday.

Otere Black is preferred at first five-eighth again, while All Blacks pivot Beauden Barrett will remain at fullback.

Centre Joe Marchant comes on to the bench for what will be his final game for the franchise before he returns to London club Harlequins.