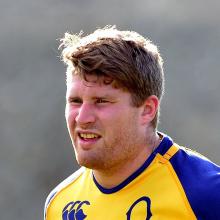 Manson has been named as an assistant coach for the Possibles side which will play in a Black Ferns trial at North Harbour on November 7.

The Possibles side will be coached by Chad Shepherd, who coaches the North Harbour Heat. Manson will be an assistant along with former Black Fern Anna Richards.

The trial will be followed by games between the Black Ferns and the New Zealand Barbarians.

The first game on November 14 will be played at Waitakere and the second on November 21 in Nelson.

All the top players will be involved in the trial.

The Black Ferns were set to play eight tests this year with games at home and abroad but Covid-19 has thrown those plans out the window.

“We have been treated to an outstanding provincial competition which has captured the excitement of the women’s game and this series will give the best of the best an opportunity to vie for higher honours. Selection for Rugby World Cup 2021 is no doubt on all the players’ minds,’’ he said.

“Hosting matches in three different venues gives fans in different parts of New Zealand, the chance to see Black Ferns and potential Black Ferns, and it’s great to be able to take the team to Nelson for the first time.”

The Barbarians team will be coached by Rodney Gibbs, of Bay of Plenty Volcanix, who will be assisted by Shepherd and Whitney Hansen, of Canterbury.

Gibbs will also coach the Probables team in the trial and will be helped by Melissa Ruscoe, of Canterbury, and Willie Walker, a former Otago and Highlanders back, who now helps coach the North Harbour Hibiscus.

Manson, a former Otago prop, has been growing in his coaching role and this appointment shows his skills have been viewed positively at a national level.