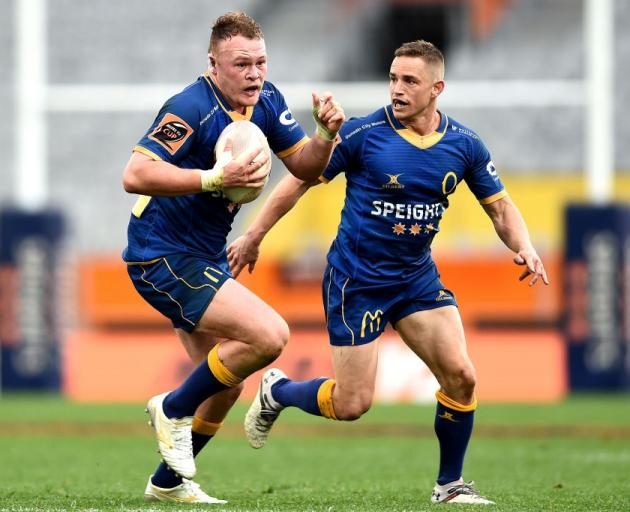 The energetic openside flanker was given a red card in Sunday’s match against Hawke’s Bay after a high tackle. No penalty was released yesterday but he is likely to face some sort of playing ban.

Fullback Vilimoni Koroi was also yellow-carded in the same game for taking a player in the air and may also face a penalty.

The process was still being worked through after what was a game to forget for Otago as it went down 28-9 to Hawke’s Bay and lost the Ranfurly Shield.

McDowall is the only true openside flanker remaining in the squad.

James Lentjes is the other No7 in the team but he is injured after breaking his leg in February when playing for the Highlanders.

Otago coach Tom Donnelly said there was no obvious candidate to replace McDowall should he be unavailable.

Donnelly said a player could be selected from within the squad or a player may come from outside the team.

Youngster Sean Withy could be an option along with Christian Lio-Willie while Dylan Nel could be shifted from No 8.

Taieri loose forward Nick Henderson played on the openside flank for the Otago development team in its narrow loss to Southland B on Saturday.

Sam Fischli is more of a blindside flanker or No8 than an openside flanker.

Donnelly said most of the loose forwards in the squad were a combination of blindside flankers and No8s, and not true openside flankers.

Outside back Mitchell Scott has also injured his groin which may put him out for a period of time.

Scott suffered the injury in the dying minutes of Sunday’s game.

In a more positive development, lock Josh Dickson made it through the first half of the development game against Southland B on Saturday in Dunedin.

He will be available for Otago this weekend when it takes on Wellington in the capital.

The experienced Dickson broke his leg in a Super Rugby game for the Highlanders in early July.

Wellington will be a hard nut to crack as its physical style is always hard to counter.

Looking back at the loss to Hawke’s Bay, Donnelly said the side had made too many errors. It needed to score more points when it had all the ball in the first half.

But it could not score the points despite having the visiting side under pressure.

Then, when Otago went behind, it started chasing points and that let in Hawke’s Bay although Donnelly backed his team in this approach.

The side had given the ball back to Hawke’s Bay 15 times and that was far too often to be competitive.

He could not fault the effort of the players — they had worked hard all game but made too many mistakes.

The team is still well placed in the Championship, but it has a tough draw having to play Auckland, Canterbury, Wellington and Tasman — the top four teams in the Premiership last year — in its crossover games.