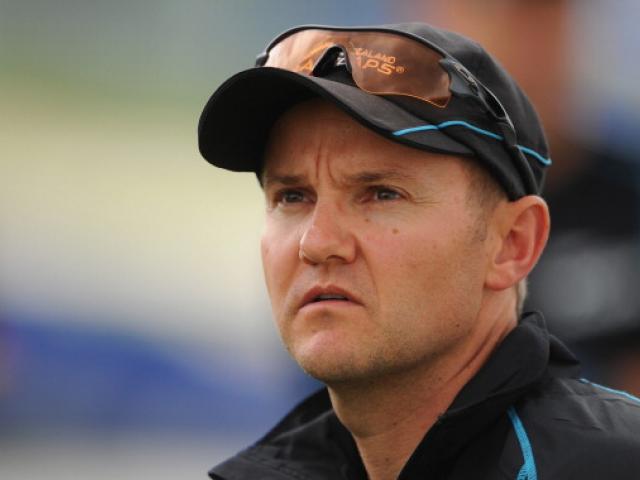 New Zealand cricket has confirmed Kane Williamson as the Black Caps captain in all three formats.

New Zealand captain Kane Williamson is too familiar with the fickleness of cricket's shortest format to take his team's red-hot form for granted going their World Twenty20 semi-final against England.

New Zealand had entered their test series against Australia with expectations they could beat their trans-Tasman rivals only to be outplayed by their top order and pace bowlers, coach Mike Hesson says.

For a player who showed so much panache at the batting crease, Brendon McCullum's international career came to a rather dull end at Hagley Oval in Christchurch yesterday.

A big shout out to Neil Wagner; had it not been for a late double-wicket hit from the bustling left-armer, New Zealand would have been sagging against the ropes at Hagley Oval yesterday.

Australia totally dominated the second day of the second test against New Zealand at Hagley Oval today, and in the process took a giant step towards regaining the world No 1 test ranking.

Brendon McCullum put himself in the history books one final time today by ripping the fastest test century in history against Australia at Hagley Oval in Christchurch.

Put a ring around it. When New Zealand captain Brendon McCullum farewells test cricket at Hagley Oval this week, Mitchell Marsh will probably claim his wicket.

New Zealand all-rounder Mitchell Santner has been ruled out of the first test against Australia and replaced by spinner Mark Craig, the team said today.

Black Caps captain Brendon McCullum is close to overcoming his back injury and could rejoin the squad by the end of January.

New Zealand strike bowler Tim Southee will miss the upcoming one-day series against Australia but Blackcaps coach Mike Hesson was optimistic the seamer would recover from a foot injury in time for the subsequent test series.

Australia have played to the conditions by selecting the novice swing bowling duo of Chadd Sayers and Jackson Bird in their squad for the two-match test series in New Zealand.

Colin Munro has long been known as among the most ferocious hitters in New Zealand domestic cricket.

Martin Guptill hit the fastest T20 half century by a New Zealander, then Colin Munro overtook him on an afternoon of power hitting as the hosts romped to a nine-wicket win and 2-0 series victory over Sri Lanka at Eden Park today.

Big-hitting allrounder Corey Anderson will return to the New Zealand team for the two T20 internationals against Sri Lanka.

Brendon McCullum's back injury is more serious than first thought.

Kane Williamson scored his fifth century in eight tests in 2015 to guide New Zealand to a five-wicket victory over Sri Lanka before lunch on the fourth day of the second test at Seddon Park in Hamilton.